Sludge In The Water

It’s no secret that much of global warming is caused by burning fossil fuels, but less known are all the by-products that come along as a result of extracting those fuels from the earth’s crust. Even less well known is how easily many of those by-products from that process end up in the public’s water supply. These could practically be their own line of designer unsavories. If you had a hankering for purchasing things that will poison you, let me suggest you try the coal by-products catalog.

The first (by-) product in this catalog would be the excess rock left from a coal mining practice called Mountaintop Removal (MTR). MTR is an aggressive form of strip mining. The name is, well, literal. Companies clear cut the top of a mountain, and then blast it with powerful explosives to access a thin coal seam below. It’s cheaper than underground mining, because it requires fewer workers, is faster, and allows the company to grab the entire seam of coal at once instead of one piece at a time. If that sounds like an efficient way of extracting minerals, well, sure. But MTR also creates significant detrimental by-products that release heavy metals such as manganese that leech into the water and affect the surrounding communities. The by-products, in turn, lead to a whole lot of water pollution. Though “pollution” feels like a mild term here.

How? Well, it’s hard to tear into the summits of mountains without shaking loose more than coal. A great deal of unusable rock and debris gets blown up and the material has to go somewhere. But guess where that is? Companies dump this excess material over the side of the mountain, because that’s the cheapest disposal tactic. It’s called “valley in-fill,” but a better term might be burial. The overburden (as it’s also called) covers and blocks headwater streams, almost all of which flow into rivers far from the mining sites, and in other cases it fills those waters with excess heavy metals that make it unfit for consumption.

Thumbing through this catalog of coal’s toxic waste by-products, you’ll notice another that’s widely abundant and comes in many varieties, and that’s coal ash.

Coal ash (or slurry) results from so-called “clean” coal. It’s created in the process of washing coal to remove harmful chemicals and compounds which would cause greater air pollution when the coal gets burned.

The sludge is a mixture of the many chemicals used to wash the coal, along with the leftover remnants themselves, which now won’t enter our air. However, that doesn’t mean those unsavory ingredients disappear as easily as one can say, “Harry Potter.”

It doesn’t matter what you call this substance. It goes by as many names as a Games of Thrones character, with a ruthlessness to match. Those elements still have to go somewhere, and instead they’re going straight into the ground as coal ash, sludge, or slurry. The list of 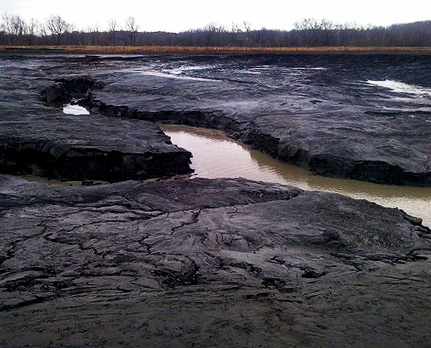 dangerous elements in coal slurry reads like a recipe for baking the world’s most toxic birthday cake. It contains any combination of arsenic, antimony, beryllium, cadmium, chlorine, cobalt, lead, manganese, selenium, and mercury. You don’t need a refresh of high school chemistry to know those aren’t elements you’d want anywhere near your water.

It’d be easy to think sludge ponds only affect Appalachian coal country and dismiss the concern entirely. The truth is, the headwaters for a serious chunk of the country are located in Appalachia where most mountaintop removal sites are located, and that water flows eventually to the Mississippi River and then the Gulf.[1]  The Southern Environmental Law Center reports that nearly every river in the Southeast has a leaking slurry impoundment pond along its banks.[2]

Rest assured, however, that if you don’t live in that watershed, you won’t be left out! Oh, no. There are coal ash holding ponds located all over the contiguous United States, with a higher concentration on the Eastern Seaboard.[3] Furthermore, there are mining operations for one mineral or another all over the U.S.[4] Most people need not travel far to find either.

The dangers of impoundment ponds are compounded by the structure of these ponds, as well as the sheer volume of material they’re tasked with storing. Until only the last few years, most impoundment ponds were unlined. That means there was nothing at the bottom to keep the sludge from seeping slowly into the water table below it, and those contaminants can travel 35 to 40 miles from their initial contamination point affecting cities who may not even realize where it’s coming from. Keep in mind the use of these ponds has been consistent since the 1970s, but the Environmental Protection Agency still does not categorize coal ash as toxic waste.[5]

The Product That Goes With You Everywhere!

Perhaps that’d be fine if all the slurry in those ponds stayed put, but time and time again, it hasn’t. In 1972, an impoundment in Buffalo Creek West Virginia failed, letting enough sludge escape to flatten every town for 15 miles. Another failed in 2000 in Martin County, Kentucky, releasing 300 million pounds of slurry — that’s 30 times the size of the infamous Exxon Valdez spill. As much as calling it coal “slurry” sounds almost benign, like some trendy new activated charcoal concoction from the hottest artisanal ice cream spot, I promise this isn’t stuff you even want to breath much less have unleashed into your water supply.[6]

In 2008, a sludge pond in Tennessee failed (notice a trend here?), sending millions of gallons of toxic wastes cascading into the Tennessee countryside and surrounding rivers and tributaries. The Tennessee Valley Authority, who maintained the impoundment, was responsible for the clean-up, but rather than building a stronger pond, the sludge was shipped off to Alabama to another storage facility. But old trends die hard, and saying this is a “storage facility” is being very kind, however. It’s a landfill this time, and an unlined one, at that.[7] And if failing ponds starts to sound, like, waaaay out of style, then it’s already retro! Because just in 2014 a retired impoundment in Eden, North Carolina failed, leaking 27 million gallons of sludge into the Dan, River.[8]

Perhaps the amount of coal sludge being generated by “clean coal” power plants might seem more benign if it were stored in strong — and lined! — storage facilities that better protected local water supplies, but coal ash has a habit of greatly affecting the health of those near it. Usually (but not exclusively) this is by penetrating the water supply.

In the case of the TVA pond failure in 2008, independent researchers from Appalachian State University look water sample and found that the levels of arsenic and lead in the Emory River (which the coal ash had spilled into directly) were up to 300 times higher than the levels the EPA deems acceptable.[9] Meanwhile, TVA itself claimed its tests showed no changes in water quality.

How To Cancel Your Coal Sludge Order

Unlike with natural disasters , there’s actually a great deal that ordinary citizens can do about coal ash stored in their communities. First, look up how much of the electrical energy in your area comes from coal-burning power plants. It’s shocking how ubiquitous they are. Lean on your elected representatives to stand up to Big Coal in their legislation. Tell them your story if you or your family have been harmed by coal ash and its disposal or storage or if valley in-fill has affected well water or headwaters in your watershed.

Push the EPA to ask coal companies to line their old sludge ponds. Donate to Appalachian organizations and others fighting the rollback of EPA rules on dumping of MTR overburden and storage regulations for coal sludge and ash. Many of these healthier policies are pushed largely by grassroots organizations going up against huge companies. They need all the help they can get.

Encourage re-use of coal ash rather than dumping. According to the EPA, it can make a number of building materials, including concrete, bricks, and even roofing material.[10] When possible, use alternative sources of energy, including solar and wind power. Filter your water, especially if you live near an ash impoundment or abandoned mine shaft. It’s one of the few defenses you have the most control over. 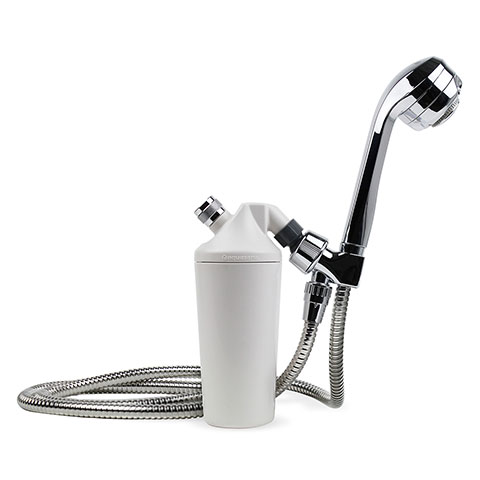