Usually part of an installation kit for a point of use filtration system, the tank connector is a small plastic fitting that connects the Water Storage Tank to the System Manifold. It is tightened onto the Tank Nipple, then connected to the manifold through a hose connection.

Usually part of an installation kit for a point of use filtration system, the tank nipple is an L-shaped part that screws onto the Water Storage Tank and acts as a valve through which water from the tank passes to the system manifold via the Tank Connector and hose connection.

A TDS meter detects the amount of Total Dissolved Solids in a solution. Using electrical conductivity, the meter estimates the volume measure of ionized solids.  This does not detect contaminant or chlorine removal.  TDS levels may not change significantly with a drinking water filter the way it would with a water softener or a descaler.

A measurement which refers to the combined total amount of both inorganic and organic substances dissolved in water. These solids include salts such as magnesium, bicarbonates, and chlorides as well as organic material. A high level of TDS can affect the taste and condition of your water.

Water is toxic when it contains poisonous material. Deadly, dangerous, harmful, injurious – could cause serious injury. 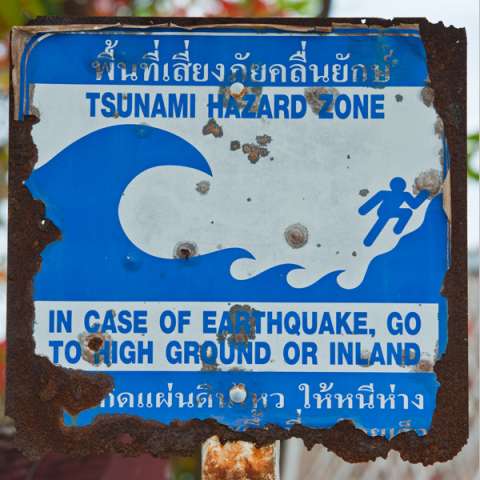 Also called a tidal wave, a tsunami is a large ocean wave caused by a sea-quake of underwater volcanic eruption.

Turbidity is caused by large numbers of individual particles too small to immediately settle in water – typically seen visually as hazy or foggy water.

When a cyclone or hurricane occurs in the western Pacific or China seas, it is called a typhoon.

American biologist and Berkley professor Tyrone B. Hayes has continuously sought to raise awareness about the potential dangers of the herbicide Atrazine. According to Hayes’ research, small doses of Atrazine were found to cause adult male frogs to change their sex. He has reported being discredited by Syngenta, who sells Atrazine.