Extra, Extra! Read all about it! It’s in the news and on popular health and weight loss websites: Water is essential to total health and wellness. It promotes healthy skin and hair, a regular metabolism, increased focus, manages joint pain, and helps regulate your mood.

But how much should we be drinking daily and what happens if the body doesn’t get enough water? Let’s start with the basics.

How Much Water Does Your Body Need?

As always, consistency is key. The more regularly you drink water, the better it is for your body to manage all of those things we mentioned above. But how much is the right amount?

According to the Mayo Clinic, it’s simple. Depending on weight, height, and climate, there’s only a slight difference between adult men and women:

For children, it’s even easier. Nearly 20 percent of their water intake comes from food, like watermelon and vegetables. According to The Academy of Nutrition and Dietetics, it should amount to:

How Much Water Are We Lacking?

While most of us have regular access to water and fluids throughout the day, many of us are at risk of dehydration. CNN reported recently that one-in-four American children are at risk of dehydration, with younger boys especially susceptible. The article cited a nationwide study that found over half of children and teenagers may not be properly hydrated. While experts recommend that kids older than nine drink at least 7 cups of water each day, about 25% of subjects drank almost none.

While experts recommend that kids older than nine drink at least 7 cups of water each day, about 25% of subjects drank almost none.

The problem is not limited to children. CBS reported that up to 75% of Americans “may be functioning in a chronic state of dehydration” overall.

The Administrative Dietician at Boston College claims in an August 2016 headline that “Two-Thirds of American’s Don’t Drink Enough”. In the U.S., our fast-paced lifestyle and tendency to hit up the drive-thru just might be to blame for an overall lack of wellness. Settling for a small soda on-the-go just doesn’t do the job when it comes to adequate hydration, and putting off a water break can have serious consequences.

In fact, there are a number of symptoms associated with insufficient water intake, and you’re probably experiencing some of them right now.

What Happens When You’re Dehydrated?

A popular reference regarding dehydration is “Thirst in the Desert”, a piece published in the late 1800s by W.J. McGee who, accompanied by scientists and without normal provisions, got lost in the Arizona Territory. McGee reported experiencing the following symptoms as severe dehydration took place.

First, McGee and his associates experienced a dry mouth and the sensation of thirst. Rapid breathing and increased heart rate were noted in some. After losing 5-10% of their body water, sunken eyes and a loss of skin turgor (the skin’s ability to snap back into place when pinched) were apparent. The loss of more than 10% of the water in the body has, of course, extreme consequences, leading to organ failure and eventually even death. 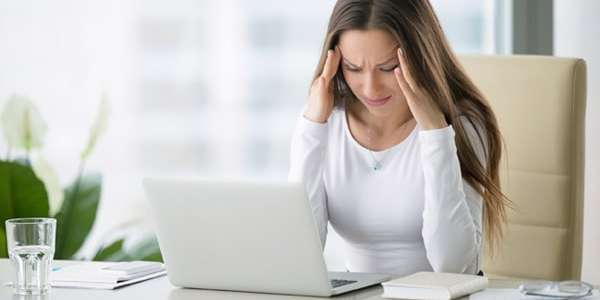 Now, these are extreme circumstances. But it’s not far from the average American who is generally dehydrated on a daily basis.

Reports have noted that consistent mild dehydration could be the cause of a number of health issues including; bad breath, dry skin, muscle cramps, fever and chills, food cravings and headaches. Eat This, Not That reports that skimping on water could also result in water weight, loss in energy and focus, risk of stroke, mood swings, false hunger, lowered metabolism, poor workout performance, bowel trouble, poor kidney function and more. Basically… no water? No good.

Luckily, it’s not that hard to convince both kids and other adults alike to drink more water on a daily basis. With our Clean Water Machine, get instant hydration at the touch of a button, along with powerful filtration that reduces 15X more than the leading water pitcher filter. It reduces 99% of lead and asbestos, as well as 96% of chlorine, chloramines and 73 other harmful contaminants. When it comes to hydration, don’t gamble on your water quality.

What transfers from the water you're drinking through the placenta?

Drink Water Before or During Meals?

Experts agree, drinking water throughout the day is the way to go.