Summer temperatures are rising everywhere. Check out our tips on staying hydrated.

With the excitement of summer, there’s inevitably a brutal reality that sets in: it’s getting hotter every year. Those vacation plans we’ve fretted over for months are finally here, but when we pictured ourselves having the time of our lives on the beach, we forgot about the heat and fatigue that come with lots of time in the sun. It’s getting even sweatier out there, thanks to our old unrelenting buddy, climate change. 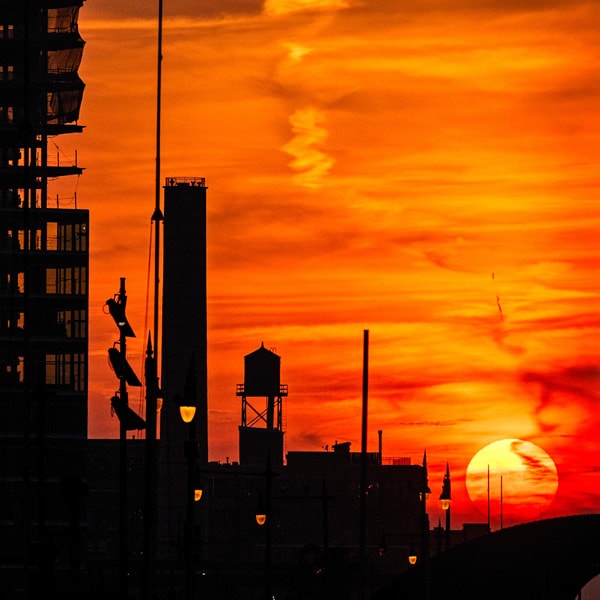 With these warmer temperatures also comes a very real health concern beyond just feeling sticky and uncomfortable, and that’s dehydration. It’s more important than ever to safeguard ourselves against our own water loss. Yeah: I’m talking about sweat! And that means drinking far more water than we may be accustomed to, because according to some sources, 75 percent of Americans are already under hydrated. Add that to higher summer temps, and Houston, we have a problem. (No seriously! Houston, Texas is not only incredibly hot but also humid, which are prime conditions for dehydration.)

Under normal conditions, the human body expels water in several ways as part of normal functioning through sweat, urine, breathing, and even stool. But when a person isn’t drinking enough fluids to replace the water they lose, they run the risk of dehydration or worse heat-related illnesses. If someone’s a workout hound, it’s even more extreme. The average person sweats between 0.8 and 1.4 liters per hour during exercise. That’s 27.4 to 47.4ml of water — and that’s just in regular temperatures. For comparison, most people should be drinking the number of milliliters that equals half their weight per day. So, for the average American woman, that’s around 70ml daily.

The average person sweats between 0.8 and 1.4 liters per hour during exercise. That’s 27.4 to 47.4ml of water — and that’s just in regular temperatures.“

Of course, if the general state of being is somewhat dehydrated, then when temperatures rise and our sweat really kicks up production, it’s that much easier to suffer serious fluid loss. On top of just general heat, overexposure to sun without replacing fluids can also lead to dehydration, as can drinking alcohol (which makes drinking at the beach a horrible idea, great American pastime or not). Sickness can also exacerbate fluid loss, so if you or a loved one is vomiting or has diarrhea, make sure to drink plenty of liquid to replenish lost fluid.

Know the Symptoms, Beat the Heat

So how can you tell if you’re becoming dehydrated? Symptoms include thirst, dry skin, constipation, dizziness when moving from sitting to standing, less frequent urination and dark yellow urine when you do urinate, dry mouth, fatigue, and confusion or irritability. In small children the symptoms are a little less clear, but they include not shedding tears when the child cries, dry mouth and tongue, no wet diapers for multiple hours, or if the child’s skin doesn’t flatten immediately after being pinched.

There are also less obvious (but more extreme) symptoms that come with dehydration. And the more extreme the dehydration, the closer a person can go into heat exhaustion territory. Did you know headaches can be the result of dehydration and heat exhaustion? Yup. So, if that migraine comes in the summer months, best grab a bottle of water along with the aspirin.

Hydration needs plenty of attention because dehydration can lead to much more dangerous states, including heat exhaustion or heat stroke. A person is suffering from heat exhaustion when their person body overheats because their body is unable to sweat and cool itself. Other symptoms of heat exhaustion include dizziness, nausea, muscle cramping, fainting, and a rapid heart rate. According to the CDC untreated heat exhaustion “can damage the brain and other vital organs. In severe cases, the problem can progress to multiple organ system system failure and death.”

Heat exhaustion ain’t no joke. Heat stroke, on the other hand, is even more dire. Dizziness, nausea, and confusion are also symptoms of heat stroke, so at first it may be difficult to differentiate from heat exhaustion. But more severe symptoms include a body temperature over 103 degrees, red, hot dry skin but no sweat, and losing consciousness. If a person has these symptoms, it’s life threatening, so get them care and call 911 immediately.

Small children (age 4 and under), older adults, and those with underlying health conditions such as diabetes or obesity are at the highest risk when temperatures rise, so make sure they’re getting plenty of water and hydrating food as well as plenty of shade. Pets, in addition to humans, can get dehydrated so keep an eye on them as well. If your dog’s nose feels dry, then Bandit needs water.

Bust Out That Water Bottle

The good news is that individuals can take precautions to prevent dehydration or worse when the heat climbs. There’s the obvious, of course: drink enough water to replace the fluids lost through perspiration. But there are other safeguards as well. For one, protect yourself and your kids from the sun with sun hats and plenty of shade. Eat hydrating foods. Many fruits contain significant amounts of water and help hydrate us. Imagine the amount of H2O in watermelon (I mean, it’s right in the name!) or cantaloupe. 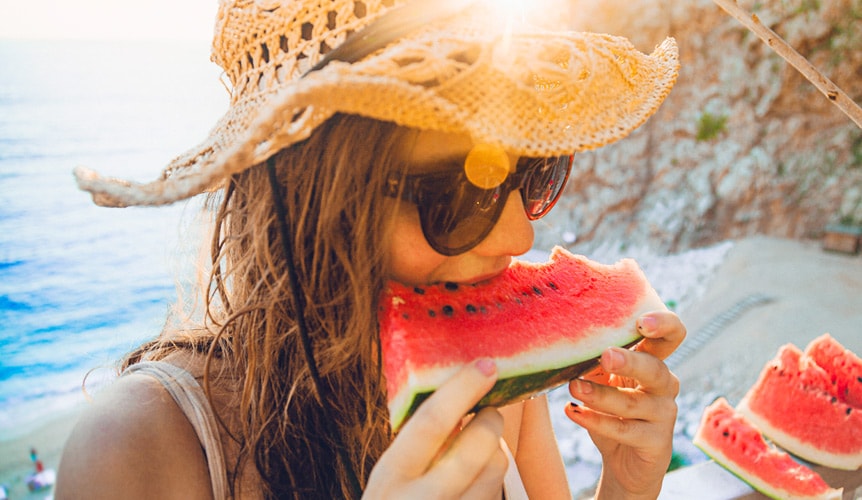 Carry a water bottle. Everywhere. Ideally, one with a filter to keep the unfortunate extras in tap water out of your parched cells. If you work outside, make sure to grab shade when possible and take plenty of breaks to drink water.

Unfortunately, for older folks and small children the best thing for them is to stay inside in an air-conditioned environment when the heat index ticks up and especially during mid-day hours when the heat is strongest, particularly if you’re in a city that isn’t accustomed to high temperatures. Plan physical activity for cooler parts of the day. Keep pets inside and take a portable water bowl along when walking your pooch.