The Truth Behind Hydrogenated Water

Hydrogenated water is on-trend. Look no further than the glossy pages of a lifestyle magazine and you may catch a shot of Blake Lively or Zac Efron sipping on the hydrogen-infused water – and for good reason.

According to advocates of hydrogenated water, hydrogen acts as an anti-inflammatory. Once hydrogen enters the body, it purportedly targets a specific enzyme, called NADH, which contributes to cell energy production and also serves as an antioxidant.

For this reason, many brands are marketing hydrogenated water as an energy and workout recovery drink.

It’s hard not to see the advantage of a beverage marketed as an energy drink without the calories and sugar content of a brightly colored sports drink, which has been shown to contribute to weight gain and even obesity. Hydrogenated water companies also tout the beverage’s numerous (potential) health benefits. Among them are increased energy, more antioxidants, exercise recovery, slower aging process, and reduction of cancer-causing free radicals.

Before jumping on board with this new artisanal water trend, it’s important to take stock of the facts. Hydrogenated water is created, as the same suggests, by adding hydrogen gas to water. 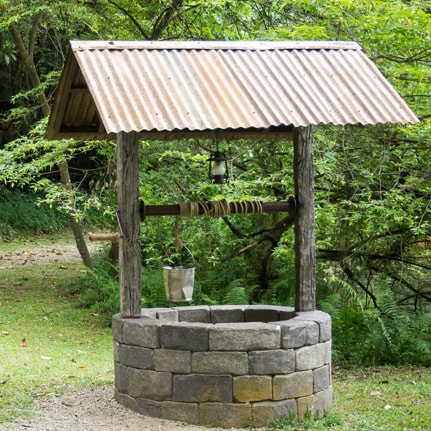 Already, in this most basic description, there is an important factor at play – the quality of hydrogenated water is, in part, assigned to the original water source itself. For example, an increasingly popular hydrogenated water brand in the US, Dr. Perricone Hydrogenated Water, sources its water from a well in Virginia. This specific type of water, called artesian water, relies on porous soil to act as its filter.

Artesian water is trendy in its own right, but a lot has been said about whether porous earth material, as a filter, is enough to rid water of common contaminants. As a result, there’s a trade-off at play; whether the potential benefits of high levels of hydrogen in water outweigh the potential downsides of drinking water that may contain harmful contaminants.

Additionally, studies that have pointed to positive health benefits in hydrogenated water are not particularly thorough. Areas of concern include a small sample size, problematic study environment, and results that do not show hydrogen water significantly benefits health – if at all – compared to simply drinking regular water.

If this weren’t enough to plant at least a small seed of doubt, it turns out, once a bottle of water is open, there’s an undefined, but small window of time before the hydrogen gas is depleted and you’re now drinking plain old water that should cost $2 less. Take note, slow drinkers.

We’re behind-trend on this one

While the US seems hesitant to jump with both feet onto the hydrogen water bandwagon, Japan has not only surpassed the US in their consumption of hydrogenated water, but also expanded hydrogen use to other aspects of their lives.

The hydrogenated water market in Japan, which has been prevalent since at least the 1960s, makes up about 10 percent of Japan’s bottled water market. In addition to drinking hydrogen-infused water, people in Japan use hydrogen for other health-related remedies.

For instance, proponents of hydrogen products claim hydrogen-infused baths may improve skin complexion and reduce inflammation. Other hydrogen-focused products are oral skin supplements said to reverse the effects of melasma and recently Japan’s health ministry even approved the use of hydrogen in saline IVs for medical purposes.

If you’re interested in healthy, great-tasting water backed by science and research—Aquasana’s drinking water filters, both under sink and countertop, are NSF certified to remove 99% of contaminants while retaining beneficial minerals such as calcium and potassium.