What is Deionized Water, What Is It Used For, and Is It Safe to Drink?

Find out everything you need to know about deionized water to determine if it’s the best choice for your home.

In the mid-2010s, nearly 100,000 residents of Flint, Michigan were exposed to lead-contaminated tap water. Their symptoms ranged from hair loss and skin rashes to depression and anxiety. The crisis, which lasted five years, shined a spotlight on the importance of having safe, clean water available in the home.

Water filtration played a role in managing the Flint crisis. As the city worked to clean up the contamination, Flint residents were given water filters certified to remove lead. The filter program sparked questions about water purification — including whether filters work and which filtration processes are suitable for drinking water.

When talking about water filtration processes, deionization comes up often, but is easily misunderstood. For example, a quick online search reveals that deionized water is used in labs and medical applications. That alone could convince you that deionization is the best way to filter water — which isn't entirely accurate.

Here's a closer look at deionization, including how deionized water is used and whether it's safe for drinking.

What is deionized water?

High concentrations of these minerals create hard water. If you've ever had hard water in your home, you know it's difficult to manage. When hard water dries on surfaces, it can leave a scaly residue that's hard to clean. Hard water is also corrosive, not only to your appliances and fixtures, but also to your skin and hair.

In deionization, water is pushed through a tank or cartridge that's lined with positively and negatively charged resin beads. The beads attract ions with the opposite charge, essentially pulling them from the water. The water runs through the system, and the ions stay behind. This process is called ion exchange.

Notably, deionization only removes ions. Uncharged contaminants and suspended solids, including viruses and bacteria, can remain in deionized water.

Is deionized water the same as distilled water?

Deionized water is not the same as distilled water. Both deionized and distilled water are purified, but through different processes — distillation uses heat while deionization uses ion exchange.

Distillation heats the water until it vaporizes. The vapor separates from dissolved minerals, suspended solids, and other impurities. Those remain in the original container, while the water vapor is captured elsewhere. The pure vapor is then cooled back to liquid water. Distillation removes minerals as well as viruses, bacteria, and other organisms.

Deionized water uses ion exchange to separate water from molecules with a positive or negative electrical charge, typically minerals. Since only ions are removed, uncharged contaminants including solids, viruses, and bacteria will remain in water. 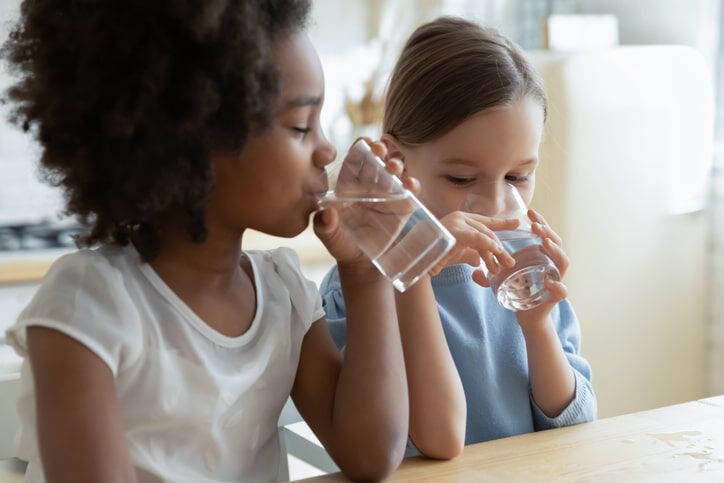 What is deionized water used for?

Deionized water is ideal for applications that require precise chemistry, since removing all ions (except H2O) makes it chemically pure. Water that's free of impurities will produce more reliable, repeatable results in lab experiments and manufacturing applications. As a result, medications, cosmetics, and even production beverages may use deionized water.

There are also good ways to use deionized water in your home:

Is deionized water safe to drink?

Deionized water is safe to drink, but it's not your best option for three reasons:

A better choice for in-home water

Deionized water has its uses, but for the reasons noted above, it’s not recommended for in-home use. The right filter is one that removes the dangerous contaminants, leaves healthful minerals, and produces water that tastes great.

The OptimH2O® from Aquasana, a whole home filter, has those capabilities. It removes 99% of lead and cysts, 98% of PFOA and PFOS, and 90% of chloramines.

Tested and certified to reduce lead, cysts, and PFOA/PFOS, plus tackles chlorine and chloramines. 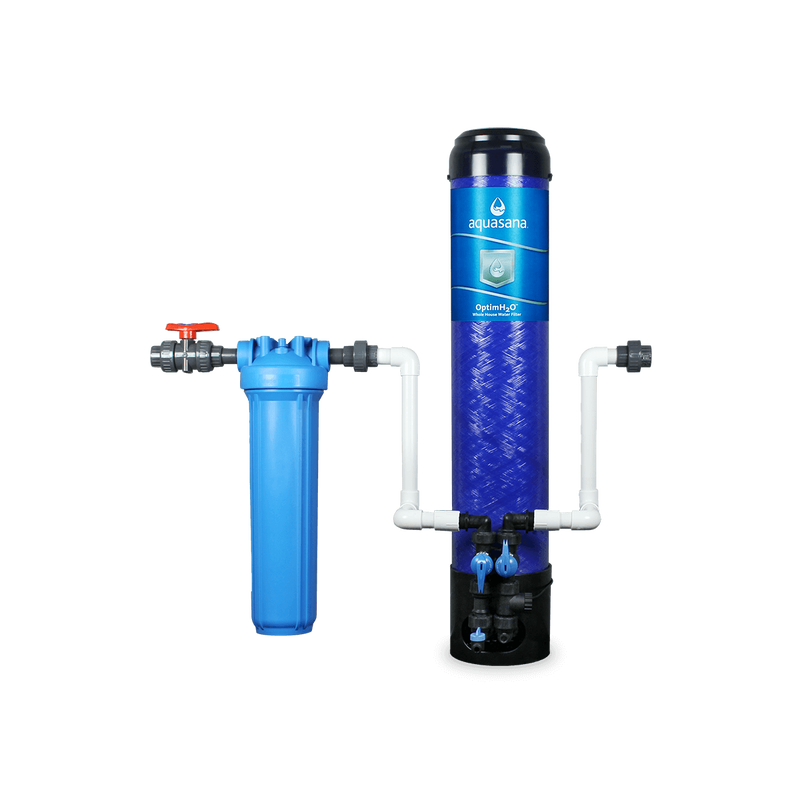 Water filtered through the OptimH2O is much cleaner than tap water but doesn't have the flat taste of deionized or distilled water. It's gentler on skin and hair and easier to cook with, too.

Deionization purifies water, but it's not the type of purity you need for drinking water. An effective water filter, on the other hand, delivers the benefits of deionization without the drawbacks.

No Poo Methods for Washing Hair in Hard Water

Because hard water shouldn’t be hard on your hair.

Water Filter vs. Water Purifier: What is the Difference?

Water filters and water filters are not the same thing, understand the differences to determine which is best for you.