The Future of Filtration

Reverse Osmosis is a popular method utilized in recycling and wastewater treatment, as well as consumer water filtration systems. It was back in the 1950s that scientists first considered the use of RO to desalinate ocean water, and although it worked, it was not practical due to the small volume produced. This changed when two UCLA scientists created hand-cast membranes made from cellular acetate, allowing larger quantities of water to move through the RO process more efficiently. In 1965, the first commercial RO desalination plant began running a small scale operation in Coalinga, California.

With a membrane that captures even the smallest particles, Reverse Osmosis (RO) is pretty amazing technology. Considered one of the best by the EPA, and shown to positively impact health, this technology is being implemented all over the world. From residential homes to large-scale plants filtering millions of gallons per day, RO is at the forefront of clean water. Take a look behind the scenes.

What is Osmosis and how is it reversed?

The EPA describes Reverse Osmosis as units that “force water through a semi-permeable membrane under pressure, leaving contaminants behind. “ The process involves more than simply forcing water through a “screen”. RO requires a considerable amount of water pressure.

Get a visual of the process by checking out this video by the Government of South Australia, which uses RO to desalinate water in Adelaide.

Reverse Osmosis is considered the best available technology by the EPA (BAT) when it comes to removing uranium, radium, and other radionuclides. It is the only type of filter capable of removing small contaminants like fluoride. The EPA states that RO filters “are effective in eliminating all disease-causing organisms and most chemical contaminants”.

A few other ways RO is used:

As stated above, it’s also used to desalinate seawater. In Dubai, where fresh water is limited, large-scale reverse osmosis filters convert about 416 millions of gallons of seawater to fresh water every day. Dubai’s groundwater supplies only 0.5% of the city’s water – that means the other 99.5% has to come from Reverse Osmosis.  In order to produce 416 million gallons of fresh water, the system has to pump about 2.8 billion gallons of water through it each day.

What RO Can really do 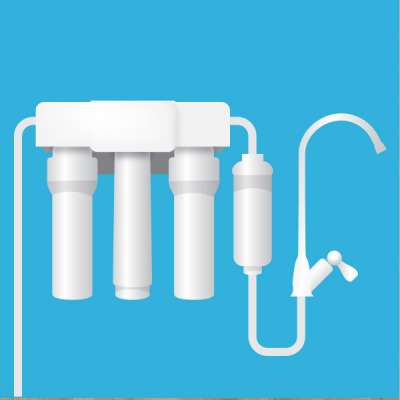 Reverse Osmosis filtering has been proven to have some seriously positive health impacts as well.

A classic example is this study which found that dialysis patients could prevent dementia (a comorbidity that occurred in 18 out of 258 patients) by simply using an RO filter. With no other treatment, scientists were able to improve the condition in 7 out of 9 previously exposed patients and prevent dementia in those whose water was treated from the start of the study.

The best RO filters will have carefully engineered membranes that stand up to daily use. They filter for even the smallest particles and include additional steps to ensure that the water it provides is both clean and healthy.

It’s important to do the research necessary to know how many contaminants an RO water filter truly removes.  The simple saying “don’t believe everything you read on the internet” goes a long way.  Look for NSF (National Sanitation Foundation) certifications. It should pass NSF/ANSI standards including NSF #42 for aesthetic effects and NSF #53 for health effects – read more about NSF standards here.

Consumer RO filtration systems generally do a good job of stripping out harmful contaminants, chemicals, minerals, and salt, but in the process, also strip the water of essential minerals. There is some disagreement on this issue, with some health experts stating that the amount of minerals in water is negligible anyway, so RO systems are a great option. However, the venerable World Health Organization and many other health experts have stated that water is an important source of minerals such as calcium, magnesium, and iron, especially for people in developing countries. The best water filter system is one that removes all the harmful particulates while remineralizing the water. That assures that it not only tastes great but has the health benefits that essential minerals provide.

As seen on the Today Show

Lou Manfredini of HouseSmarts TV recently showcased Aquasana’s Reverse Osmosis water filter on the Today Show. Our RO system is NSF tested and certified to remove over 73 harmful contaminants — including Chromium 6, lead and fluoride — all while providing great tasting water.

Chromium 6 is the latest danger to get news coverage, but it’s no stranger to controversy. In the 2000 film Erin Brockovich, Julia Roberts plays the title character — an unemployed, single mother who becomes a legal assistant and almost single-handedly brings down a California power company. The crime: polluting its city’s water supply with hexavalent chromium, or Chromium 6. The power company was using the contaminant as a coolant and then dumped into unlined holding ponds. The toxin leeched into the ground and then spread throughout the community.

Take a look at our Today Show spot. We’re excited to be a solution and to be featured.

Hoda Kotb:…water filtration system so what do you think is a good idea for…

Lou Manfredini: This is a big topic in particular with what happened in Michigan with lead, there’s lead everywhere. Know this that if you have an older home you probably have lead water service. Before you draw any water even without a filter, make sure you run the water for at least a minute before you put a glass underneath it.

Kathee Lee: Which seems so wasteful because of the drought!

LM: I know, I know, but you don’t wanna drink lead in the water. Here’s a bunch of, this is a product by Zero Water, this is a pitcher that goes inside the fridge you pour it in there, it will reduce the amount of lead in the water and the water stays cold. This unit [points to Aquasana’s Clean Water Machine] sits on your countertop by Aquasana. It even has the ability to filter out some of the chromium-6 that is a big deal from the Erin Brockovich movie, remember? You fill this up. This [points elsewhere] is a 3M small unit with a cartridge will take out 99% of the lead, and this cartridge only costs about $30, replace it every four months or so. What are you smiling at?

HK: There was this old lady looking in the window, sorry!

LM: I lost Hoda! There was some

HK: No, you know, she was sweet it was probably her only time in New York so, hey!!

KL: Invite her in!

LM: This unit is Reverse Osmosis this is also by Aquasana. This one will take everything out of the water, including that chromium-6. It’s about $250. What I like about this particular unit — a lot of these reverse osmosis, when you use them, water doesn’t taste that great. This one puts minerals back into the water so you have fresh-tasting water that is clean to drink. This can all fit underneath your sink and all you need to do is put a separate spout and that’s where you pour all your drinking water out of. 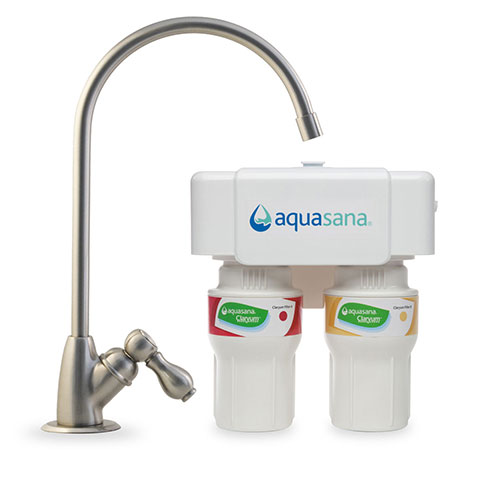 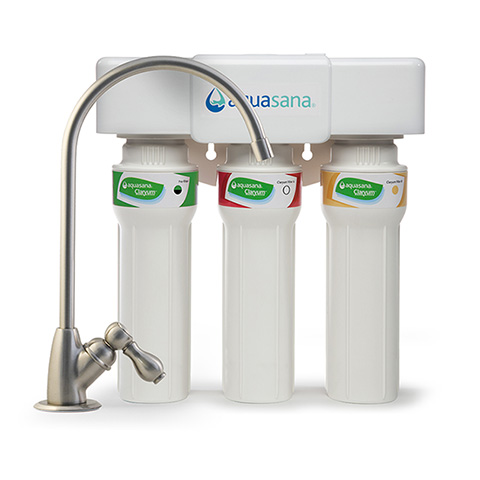 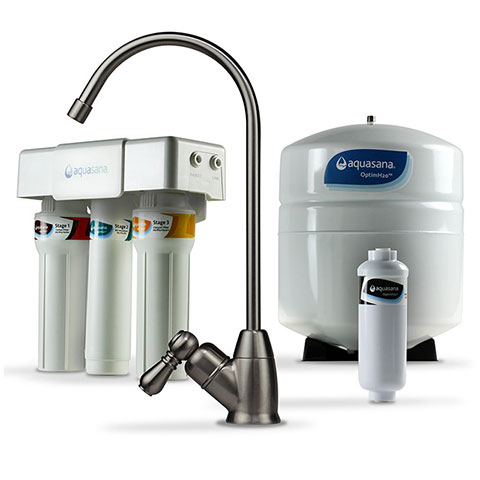