Fluoride has been added to public water since the 1940's - should you be worried?

Dentists advocate that fluoride prevents tooth decay. Communities have been adding it to their water since the 1940’s as a public health measure. More recent speculation has got the Public Health Service and others concerned about the amount we’re being exposed to, especially young children.

Fluoride In The Water

First things first – there are two types of Fluoride:

1. Calcium Fluoride: A naturally occurring element that breaks off into water in the form of salts and minerals. This fluoride is not harmful to humans, but can only be removed through reverse osmosis filtration.

2. Sodium Fluoride: A synthetic fluoride added to most water sources in the United States through a process call fluoridation. Many European countries like Sweden, Belgium, Germany, and more have banned this type of fluoride from being added to their drinking water.

The U.S. first implemented fluoridation on January 25, 1945 – Grand Rapids, Michigan. Now, over 67.1% of the US population is receiving fluoridated water. 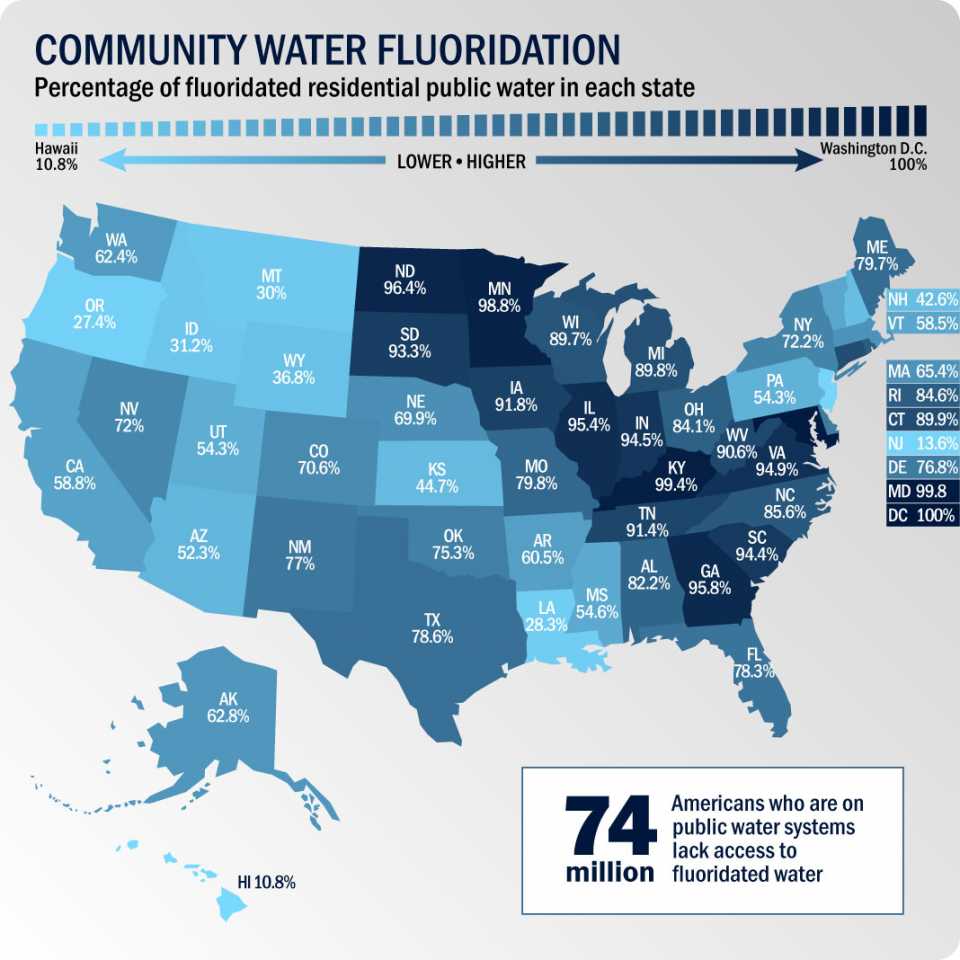 The EPA imposes a cap on fluoride in tap water that is nearly six times the upper limit that the Public Health Service and the US Department of Health and Human Services recommend. This high cap could mean exposure to more fluoride, especially in areas where a high concentration is already present, like Lubbock, Texas.

Back in 2011, the U.S. Public Health Service proposed a sharp reduction in the amount of fluoride in tap water, according to the Environmental Working Group, and officially recommended a reduction in 2015. This reduction will change concentrations from 0.8-1.2 mg/L to 0.1-0.5 mg/L. While 0.1 mg/L doesn’t sound like a lot, the Public Health Service expected that this recommendation led to a reduction of 25% of the fluoride Americans are consuming.

Keep in mind an increased exposure to fluoride comes from commercial beverages and food products as well. As companies use fluoridated water during production, consumers are taking in even more fluoride.

Between tap water and commercial food and beverages, people may be receiving a “double dose”.

When a large amount of fluoride is consumed between birth and 8 years of age, the permanent teeth can be at risk of Dental Fluorosis. These changes range from barely visible lacy white markings to pitting in teeth. The CDC suggests to keep this in mind when making formula for infants, as frequent use of fluoridated tap-water in formula could cause Dental Fluorosis.

According to the Environmental Protection Agency, “Exposure to excessive consumption of fluoride over a lifetime may lead to increased likelihood of bone fractures in adults, and may result in effects on bone leading to pain and tenderness.”

The damage to teeth and bones is not the only possible health effect. In July of 2012, a team of Harvard researchers published a “meta-analysis” of 27 studies that have investigated the relationship between fluoride and human intelligence. (Choi 2012) The overwhelming majority of these studies found that fluoride exposure was associated with reduced IQ in children.

In March of 2014, the prestigious medical journal, The Lancet, published a review of “developmental neurotoxicity” which concluded that fluoride is one of only 11 chemicals that is known to damage the developing brain. 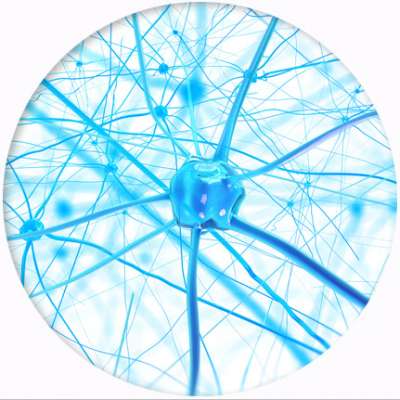 In a bulletin posted on the Harvard School of Public Health website, Grandjean notes that:

“Fluoride seems to fit in with lead, mercury, and other poisons that cause chemical brain drain. The effect of each toxicant may seem small, but the combined damage on a population scale can be serious, especially because the brain power of the next generation is crucial to all of us.”

Again, over 74 million Americans are receiving fluoridated tap and drinking water. This number does not include areas who don’t fluoridate due to high concentrations of naturally occurring fluoride. Below the 4 mg/L cap, States and Local governments are able to make determinations about the fluoridation concentrations for their communities.

Many water systems follow the U.S. Public Health Service guidelines (0.7-1.1 mg/L) when fluoridating water. The actual amount, however, varies depending on State and local standards and how much fluoride occurs naturally in your water source. View the latest National Water Fluoridation Statistics on the CDC’s website.

More specific information about the fluoride levels in drinking water can be found on CDC’s “My Water’s Fluoride” website: Click here to link to their site.

Derek Mellencamp, an Aquasana expert, explains, “Many studies show fluoride is harmful, and we were inundated with requests from customers who wanted an effective removal solution. The problem is, removing fluoride from water isn’t easy. Our filter removes dissolved solids smaller than 1 micron. A filter this precise is needed to grab fluoride, but it also removes healthy minerals and naturally occurring trace minerals like calcium, potassium, and magnesium.”

Only Reverse Osmosis filters are proven to effectively remove fluoride from regular tap water. Filtering out the fluoride can also have its own negative effect on drinking water.

Derek continued to say, “These minerals maintain the pH balance of water and add nutrition and taste to water. So, we had to develop a system that would maintain all the good parts while taking out the bad.”

Make sure that when choosing an RO system, all the healthy minerals that water should naturally provide are not lost. Take the time to do the necessary research.

Chlorine has been used for years to disinfect the water supply. What does it do to the human body?

It's Not All About That Taste.

Taste, because of its subjective nature, is never a good indicator for water quality. Bacteria and viruses are tasteless.