Microplastic — yes, plastic! — is a ubiquitous, invisible menace. Sure, most people think of giant pieces of litter or debris when they think about plastic, but in the past, it hasn’t really called the words “health hazard” to mind. Welp, time’s are a changin’! Because it turns out that, thanks to mankind’s own insatiable appetites for plastic, we now have teeny tiny pieces of it all around us, virtually invisible to the naked eye.

Microplastics are pieces of plastic less than 5mm in size that come from discarded polymer as it deteriorates. Since plastic doesn’t decompose, it breaks down into nanoparticles — which are one one-thousandth of one one-thousandth of a millimeter — that are incredibly hard to detect in water or the air. Unfortunately, they are conveniently small enough to cross membrane walls in human cells, severely increasing the likelihood that those particles can penetrate organ tissue. Hence: invisible menace. In terms of being a health hazard, it’s the new smoking.

Currently, the amount of plastic humans could be ingesting is unknown, but the fear is that it’s far more than we realize and could do damage we can’t even foresee.

Unlike smoking, there is no choice with microplastics. As a pollutant, they are widespread and understudied, but recent evidence suggests all of us are unknowingly ingesting pieces of it. Plastic is simultaneously everywhere and yet nowhere, as these guys are too small to see without a microscope.  They’re traveling far and wide and are in every possible product. Microplastic particles have been found in honey and sugar, 24 beer brands in Germany, seawater and freshwater, even bottled water, and even worse: in the air we breathe.

The Guardian reported recently that a study (conducted by Orb Media) of microplastics in drinking water had returned frightening results. Of the 159 water samples gathered from 14 countries worldwide, 83% were found to contain microplastic fibers. And before dismissing that finding as one that only affects other people, know this: the U.S. was the most contaminated nation on the list, returning a 94% polluted rate among tested samples.

This is a startling find, largely because to date, most of what we’ve heard about plastics in water focused on seawater contaminated with large plastic debris.  For instance, the giant plastic garbage patch floating in the Pacific Ocean. Many people have been aware that their seafood could be contaminated by plastic, but certainly weren’t expecting those plastics to reach them outside of what they picked up at the fish market.

Microplastics in the Water Supply

So, how are those little micro jerks making their way into the water supply? Scientists aren’t completely sure yet, but some plastics’ means of infiltration include the usual suspects of trash, litter, and pollution. Microbeads used as exfoliants in personal care products are also contributing.

One unlikely perpetrator? Our clothes. Yeah. Particularly with the surge in athleisure wear made from synthetic materials. Our buying habits are exacerbating the problem.

A recent study found a washing machine can send 700,000 plastic fibers down the drain in a single cycle.

This really underscores how ubiquitous invisible microplastics are. And in the least expected of places: yoga pants. Guess that brings a new meaning to “namaste.”

Not only can humans not live without water, but ingesting those little plastic fibers is inevitable because they’re also in the air we breathe. We tend to think of our air quality and our water quality as being entirely separate entities, but the truth is they impact each other. The washing machine isn’t the only household culprit here. Many microplastic particles get released into the air through the regular wear and tear of clothing made from synthetics, as well as through home dryers. Those fibers settle in the environment as dust and then get pushed into the water supply with precipitation.

Microplastics have only emerged as an area of concern in recent decades, so their health effects haven’t been studied a great deal. As the scientific community puts it, there are “knowledge gaps” about the impact of these plastic fibers on human health, which is a very polite way of saying that we don’t actually know what risks they pose. But you don’t need a chemistry degree to know that more and more inorganic material entering the body cannot possibly be good.

There are, however, a few things we know as far as how microplastics interact with wildlife. One medical study showed that hamsters who were injected with plastic particles formed blood clots. Chemicals leached from microplastics have also been found to severely impact the reproduction cycle of oysters. They’ve further been found in fish and whales where the plastic particulate had accumulated in the animals’ digestive tracts. 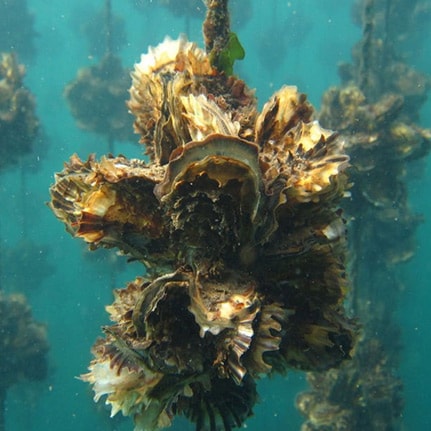 It gets worse. Researchers have also found that microplastics can attract bacteria when they’re in sewage. The fibers can bond to chemicals such as DDT and BPA, and scientists are already finding in studies of wildlife that those chemicals can be released inside an animal’s system once they are ingested. Which is pretty scary stuff for something so small you can’t even tell it’s there.

Fish are also dying because many of them mistake the plastic — which can also collect small pieces of algae, making it smell like fish food — for their regular diet. Since plastic has, uh, zero nutritional value, many of those fish are dying of starvation before they even reach reproductive age This could affect the oceanic ecosystem and get pushed further up the food chain when those fish are eaten by bigger fish.

Scientists have another cause for concern about the effects on humans, in part because — much like fish and whales — the chemicals in microplastics can bioaccumulate in the body over time and disrupt human endocrine systems. It’s what experts refer to as “persistent, bioaccumulative, and toxic,” and once plastics break down into nanoparticles, those itty bitty fractions of polymer can also enter organs.

Microplastics are still an emerging contaminant (which sounds like they’re going to a debutante ball or they’re a new talent on the rise, but I digress). As such, there currently are no National Sanitation Foundation (NSF) certification standards for filtering them. Water filtration through municipal water treatment plants reduces some microplastics, but — as evidenced by the water sample study that found widespread microplastic contamination — municipal water treatment plants do not and cannot remove all microplastics entirely.

While the problem of microplastic contamination is global in scale, there are both large and small actions we as individual citizens can take that can reduce their occurrence and even discourage the manufacture of future plastics. Push for more studies of the effects of microplastics on humans and support the development of nanotechnology, particularly for detection and filtering of nanoparticles. Recycle. Reduce the “plastic footprint,” and purchase reusable grocery bags and glass Tupperware. Furthermore, try to buy materials and containers recycled from post-consumer waste. Purchase clothing made from natural materials like wool, cotton, linen, and (hey, when you can splurge) silk. Line dry clothing in summers. Avoid purchasing toiletry products that contain microbeads.

At-home filtering is one more layer of protection against the invisible plastic cloud out there, lurking. Some direct-to-consumer carbon filters are able to filter anything larger than a micron, though, and fortunately most microplastics are 2.5 microns in size. While authorities are still studying just how much water filtering can eliminate microplastic fibers from good drinking water, filtering water a second time will catch more of the particles that slip through municipal treatment. 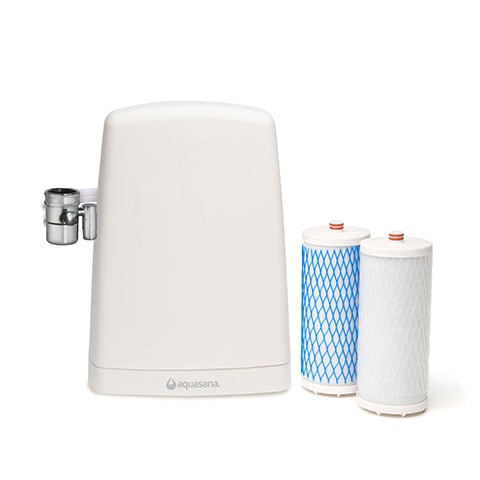