The facts about Atrazine in U.S. water supplies are as unbelievable as that moment in “Jurassic Park” when Doctor Alan Grant realizes that Malcom was right about life “finding a way”. If you haven’t seen the movie, the Doc and some kids are roughing it after being chased by a T-Rex only to discover a nest of eggs, despite the fact that the Park only creates female dinosaurs.

With trepidation, Doctor Grant realizes that it all comes down to frog DNA saying, “Well, on the tour, the film said they used frog DNA to fill in the gene sequence gaps. They mutated the dinosaur genetic code and blended it with that of a frog’s. Now, some West African frogs have been known to spontaneously change sex from male to female in a single sex environment. Malcolm was right. Look…life found a way.”

Atrazine’s story has frogs in it too, only, it turns out you don’t need to engineer dinosaurs and create a single sex environment to force frogs to change from male to female. Some claim a low dose of Atrazine will do the trick.

Working first for a major agribusiness company researching its own product, U.C. Berkeley researcher, Professor Tyrone B. Hayes, found that exposure to Atrazine was producing some concerning results in clawed male frogs. However, when he tried to get the company to conduct further research, they did not agree to fund it. Hayes has continued to study Atrazine, and warn of its potential dangers – even, he claims, in concentrations lower than the EPA’s current standard.

Frog research aside, Atrazine is known to be toxic to humans and is, in the words of one toxicologist, one of the most “thoroughly regulated molecules on the planet”.

Atrazine – It’s What’s In The Water

Atrazine has been a point of debate between the EPA and clean water advocates since the early 2000’s. Indications that the toxic weed killer had major health effects caused the European Union to ban its use in 2004. Despite this, Atrazine is still widely used in the Midwestern United States. Health advocates claim that its common use and lax regulation is putting millions of Americans at risk.

Atrazine is a toxic chemical used to kill weeds. It is mainly used on commercial row crops, such as corn and sugar cane, but is also used on lawns and golf courses in the South. It is attractive to farmers because it lasts for about 40 days in the soil. When rain or watering causes run-off, Atrazine can infiltrate surface and ground water.

Atrazine Finds A Way – Into The Water Source 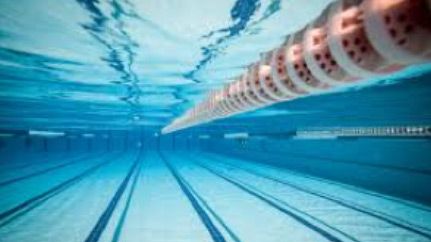 The EPA allows concentrations of no more than 3 parts per billion (PPB) in drinking water. That means anything more than about one drop in an Olympic-sized swimming pool of water is considered unsafe for human consumption – watch out Michael Phelps.

The problem is that the regulation of Atrazine is a beast, and much more real than John Hammond’s dinosaurs. Currently, the EPA allows water municipalities to report their annual average, which means that spikes in concentrations throughout the year are being overlooked. Data from the United States Geological Survey shows that the majority of Atrazine is used in the Spring, and EPA data shows that the highest tap water concentrations occur in May and June. It doesn’t take a dinosaur geneticist to crack this code, Atrazine is hitting our taps when seasonal rains take place. These high concentrations are obscured by data from the rest of the year’s average. The Environmental Working Group (EWG) shares the example of Blanchester, Ohio whose Atrazine concentration peaked at 32 PPB. That small drop is starting to look more like a spoonful – and we’re not talking about a spoonful of sugar here.

That means anything more than about one drop in an Olympic-sized swimming pool of water is considered unsafe for human consumption.”

Other than the fact that many Americans are consistently exposed to Atrazine levels above the legal limit, scientists and health advocates believe that even 3 PPB is dangerous. The California Office of Environmental Health Hazard Assessment set a health goal for just 0.15 parts per billion, determining that even a lifetime of exposure at that amount could increase the risk of developing cancer.

Atrazine is an endocrine disruptor and poses a number of risks associated with hormones. Messing with hormones is about as complicated as messing with DNA. It can cause everything from low birth weight to menstrual problems, and has also been linked to cancer and cardiovascular issues.

According to the EWG; 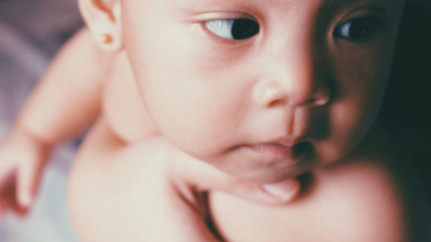 “Research on the endocrine-disrupting potential of atrazine suggests that it acts by depressing the luteinizing hormone, leading to the increased production of estrogen and prolactin in females, and changes in testosterone levels in males. As the EPA summarized in a presentation to its Science Advisory Board in 2011, in studies of laboratory animals these hormonal changes delay puberty, alter the development and function of the breast and ovaries, damage testes and cause prostate inflammation.”

Hormone disruption is especially concerning when it comes to pregnant women and young children. “Our biggest concern is early-life-stage development,” said National Resources Defense Council scientist Jennifer Sass to the Washington Post regarding her 2009 report. “If there’s a disruption during that time, it becomes hard-wired into the system. These endocrine disruptors act in the body at extremely low levels. These spikes matter.”

While the EPA has detailed some of the risks associated with Atrazine exposure, some scientists feel it is behind the times.

Director of the National Institute of Environmental Health Sciences, Linda S. Birnbaum, told the New York Times, “I’m very concerned about the general population’s exposure to atrazine. We don’t really know what these chemicals do to fetuses or prepubescent children.” She also suggested that “At a minimum, pregnant women should have access to accurate information about what’s in their drinking water.”

While there is no way to test for Atrazine from home, consulting the annual Consumer Confidence Report is a good start. Check for high concentrations that have been reported by the water supplier. Access the EWG tap water database. Simply type in a zipcode to see which contaminant violations have been reported in certain cities.

Filtering water is always the first step when considering protection from toxic chemicals like Atrazine. Many scientists are working to change EPA guidelines. They lament that people are not being told about the risks for one big reason; it’s an easy fix. As Ellie Sattler said, “That’s the illusion!”