What Are The By-Products Of Volcanic Eruptions?

One of the worst by-products of a volcanic eruption is ash.

Natural disasters constantly remake the earth’s surface – one of the most violent disasters is volcanic eruption. It’s easy to see those fire-spewing mountains through the lens of world-ending scenarios: they’re giant, explosive, and largely unpredictable. The most well-known eruptions covered whole communities. When Mount Vesuvius erupted in 79 A.D., it coughed up enough ash to cover the entire city of Pompeii, perfectly preserving it for future archaeologists. Mount St. Helens’ more recent eruption in 1980 was devastating, to say the least.

In Hawaii they even have complete folklore traditions surrounding their volcanoes — understandably so. In 2018 when Kilauea on the big island of Hawaii erupted, it opened huge vents in the ground — miles from Kilauea’s craters, mind you — that spewed lava in the air and forced immediate evacuation of residents of the Leilani Estates neighborhood.

Sulphur dioxide filled the air, causing, as the New York Times called it, “an immediate threat to life for all who become exposed.”

Around the world, volcanoes exist largely along the boundaries of tectonic plates. As plates float on the earth’s core of molten rock, they knock into each other, changing the earth’s surface (and civilizations) above it. Volcanic eruptions are caused by magma (molten rock), which has a lower density than the surrounding cool rock above it. That lower density makes it rise to the surface, but on its way, gases dissolve in the magma, creating bubbles that exert a tremendous amount of pressure on the rocks above. That pressure causes the magma or (as we commonly call it) lava to break forth to the surface, and thus, you have a volcanic eruption. 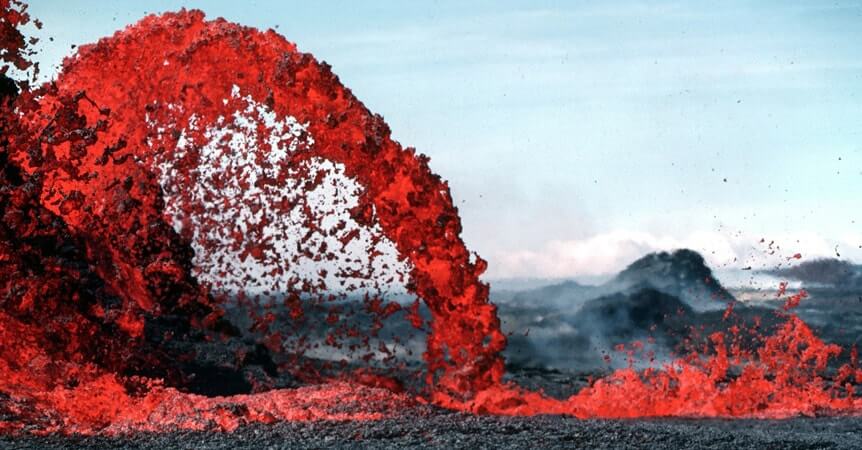 Volcanic eruptions, while certainly spectacular sights, wreak havoc on the areas around them, destroying homes and communities. Long term, volcanic eruptions are good for the environment in the sense that they remake the landscape and often create new landscape. Lava’s heat releases important minerals into the ground it covers. But short term, eruptions destroy the earth’s terrain and sometimes — as in Hawaii’s case — communities. People lose their houses and homesteads and sometimes even their lives.

But there’s yet another — less obvious — concern when volcanoes erupt: what the ash and chemicals released by those eruptions can do to our water supply.

Lava may be fiery but it’s also slow-moving. Ash, on the other hand, drifts. So even if you’re a considerable distance from an erupting volcano, it can influence your local air and water. Remember in 2010 when Iceland’s volcano, Eyjafjallajökull (what a name!), blew smoke and ash into the sky for days on end? Ash from Eyjafjallajökull covered European countries miles away, and even interrupted flight paths from Canada and the U.S. to the European Union. And much like the ash that spreads after a wildfire, all that material has to settle somewhere. Much of it washes into water supplies. 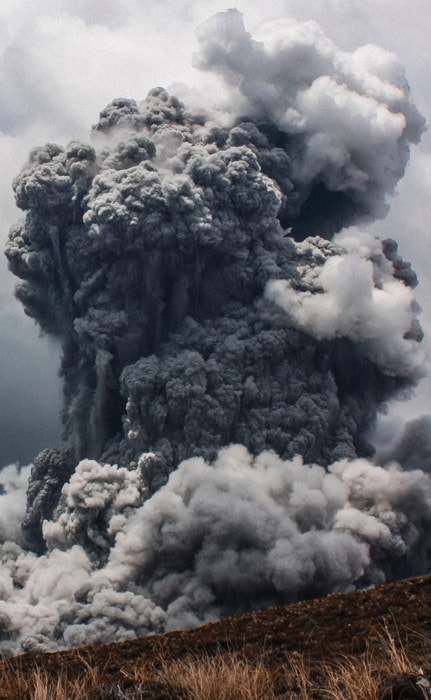 Ash in the raw (or untreated) water reserves causes a bevy of problems. For one, it pollutes the water and makes it undrinkable. On top of that, ash increases water’s acidity as well as its turbidity — literally, that’s particles floating in the water — and that sediment can lead to everything from blocking the sun’s rays from disinfecting the water (which means there can be more disease-spreading bacteria) to increased algae and even cyanobacteria. Turbidity also causes problems for water treatment plants and makes disinfection at treatment points harder as well. More silt and heavy metal in the water becomes difficult to filter out and more of it moves past the treatment stage all the way to residential taps.

According to the U.S. Geological Survey, most volcanic ash turbidity will clear in a matter of days and sometimes even hours. Despite this it can still lead to water shortages in the short term. The concern, though, is what hitches a ride on that ash into our H2O. The USGS adds, “closer to the volcano, water-soluble components that cling to particles of glass and crystals in the ash may lead to chemical changes,” which can temporarily make the water too toxic to drink. Smaller pieces of ash in particular pose significant problems for fresh water supplies. Because of their size, so there’s more surface area for toxic chemicals released by the eruption to adhere to it. With less weight, smaller particles also travel much further, so even a single ml of fine ash can contain significant enough amounts of chemicals like fluorine to be toxic to farm animals.

In fact, what are called “ashfalls” can be poisonous to animals. Partly this is because of fluorine particles that can attach to those tiny ash pieces. This proved fatal to livestock in New Zealand in 1995 when fluorine poisoning killed 2000 grazing livestock after the eruption of Ruapehu. Ashfalls can also cause intestinal damage, fluorosis, and metabolic disorders.[5] If that’s what it does to animals, imagine what ingesting ash would do to human tissues.

Get Ash Out of Your Water

So, if you live downwind of a volcano, how do you protect yourself and your family once you’re out of harm’s immediate way? If you have your own water storage system, disconnect your barrels from their source and keep them covered. This will protect the water you’ve already collected from mixing with the ash as it settles. If you happen to raise livestock, keep them off grazing areas until it’s rained enough to clear the ash from fields and get them bottled water until the ash clears waterways. A filtering system can be a second tier of protection that will take out much of the sediments that municipal water treatment may miss, particularly if ash clogs or shuts down those systems. A reverse osmosis system in particular removes most fluoride from water, as well as other heavy metals that may come from volcanic ash.

BROWSE ALL UNDER SINK WATER FILTERS

Wildfires affect water quality in ways you may not even have considered.