No matter where you live, water contamination is a major problem.

When the Global Climate Strike happened, the core takeaway message was clear: band together now and slow the pace of climate change.

Whether it’s drought, mudslides, wildfires, or hurricanes, the cause is the same — climate change and its effect on access to clean drinking water is a growing concern worth remedying.

When it comes to water pollution in particular — whether it’s microplastics, contaminants, or more — we’re rapidly faced with one question: how much of it is caused by human activity, and what can we do about it?

From the comfort of our own homes, it might seem as if water pollution isn’t too terrible. Simply turn on the kitchen faucet, and let the water flow, right? However, water pollution is everywhere, industrialized nations or not, and can take many different forms.

As defined by the National Resources Defense Council (NRDC), “Water pollution occurs when harmful substances—often chemicals or microorganisms—contaminate a stream, river, lake, ocean, aquifer, or [another] body of water, degrading water quality and rendering it toxic to humans or the environment.”

Since water is known as a “universal solvent” it is particularly vulnerable to contaminants and pollutants, as it acts as a sponge for toxins.

As the NRDC writes, there are many different kinds of water pollution, including:

So How Much is Man-Made?

Well, as with anything that’s science-adjacent, that’s a long question to answer. The short answer? Almost all of it.

And while opting for paper over plastic straws at your local coffee shop will help the turtles, climate change isn’t about making individual changes in your daily life. Climate change, particularly as it relates to man-made water pollution exists on a much larger, industrial-sized scale.

More specifically, there are a few key industries contributing to water contamination around the world. Let’s take a look.

As we’ve previously discussed, the Agricultural industry takes up nearly half of the Earth’s farmable land, and uses 70 percent of the Earth’s drinking water. “According to a recent report 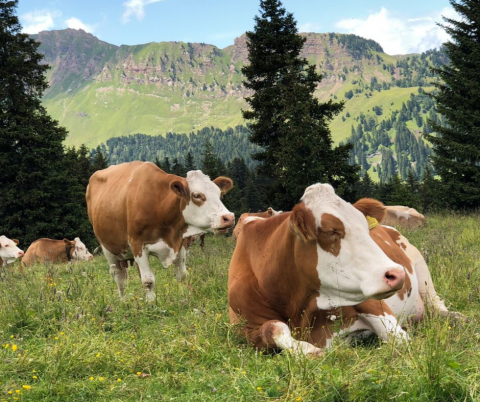 Think about it. Every time it rains, all of those pesticides and herbicides are being washed into the groundwater, funneling into nearby rivers, streams and lakes — the exact place many municipalities get their drinking water from.

To the average American, it’s just a natural part of our every day: whether it’s washing our dishes, taking a post-workout shower, or brushing our teeth. It all goes down the drain. Out of sight, out of mind.

But according to the NRDC, “more than 80 percent of the world’s wastewater flows back into the environment without being treated or reused, according to the United Nations; in some least-developed countries, the figure tops 95 percent. In the United States, wastewater treatment facilities process about 34 billion gallons of wastewater per day.”

Think that’s high? Well, it’s only as proportional as the water usage of each country, even in the U.S. As we’ve previously discussed, Americans use 300 gallons of water per day on average, per household. That’s nothing to sneeze at. 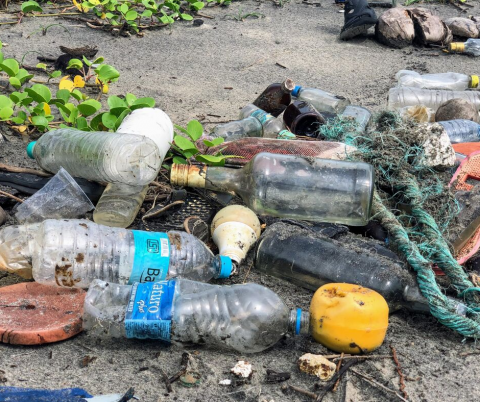 When anyone mentions the word “microplastics”, an image of a turtle or dolphin swimming in a sea of garbage is immediately conjured, bits of plastic wrapped in its flippers.

You can see instances of this across the globe. But more specifically, in an area surrounding the Great Pacific Garbage Patch (GPGP). The GPGP is an island-like formation that sits in the Pacific Ocean on top of the water, entirely made up of plastic bits, and has been described as “larger than Texas”. Some of it is an amalgamation of plastic bottles and bits, but for the most part, it’s actually plastic from the fishing industry itself. According to National Geographic, “of the 79,000 metric tons of plastic in the patch, most of it is abandoned fishing gear—not plastic bottles or packaging”.

If Finding Nemo were written about our actual planet, Nemo might never have been found.

What Can We Do to Prevent Water Pollution?

Preventing water pollution is no easy feat. On the individual level, it might feel that what you’re doing is just a drop in a very large bucket. But aside from calling your representatives, changing your purchasing habits to only support companies that promote eco-friendly products, and trying to orchestrate change on a larger scale, here are the changes you can make on a smaller scale from your own home.

a massive 12 percent of average daily water usage is from water leakage.

Water contamination is already a huge problem that many are facing as the effects of climate change begin to take their toll, and it’s all the more true for those living in more rural or economically-devastated regions of the world. But we can help. Don’t let contaminants win, because, at the end of the day, you have to be the change you want to see in the world.