The Dirty Dozen - How To Avoid Pesticides In Food and Water

Pesticides and fertilizers are not only on the outside of your fruits and veggies - they're in your water too.

The Environmental World Group (EWG) recently announced its 2018 update to their “Dirty Dozen” — a list of fruits and vegetables in the consumer market which tested positive for the presence of pesticides — and there’s still a disconcerting number of pesticides found on some of the most popular fruits and veggies. 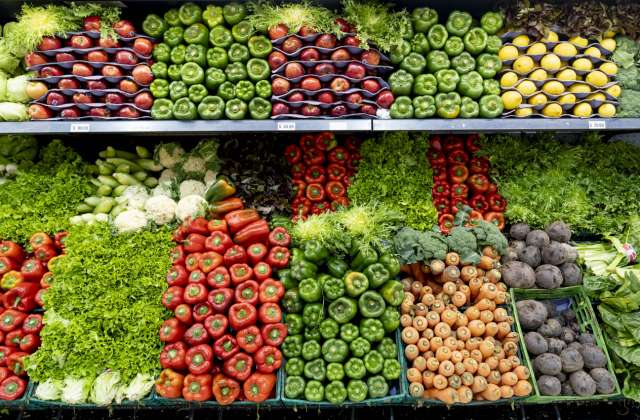 EWG reported that 70% of non-organic produce samples tested positive for at least one pesticide residue, and in all honesty, that’s the least worrisome part of their findings.

Perhaps most concerning was the number of pesticides found on that summer-time favorite – strawberries. Some strawberry samples tested positive for 22 pesticides or pesticide breakdown residues. Meanwhile, it’s not only fruits that are affected by agriculture’s overuse of insect-killing chemicals. A whopping 97% of non-organic spinach samples contained chemical residues. In addition, 76% of those spinach samples also contained residues of a pesticide called permethrin — used to kill lice — which is also a neurotoxin for humans that can cause seizures and tremors. If only that were the end of the spinach horrors, but it’s sadly not.

Forty percent of samples also returned evidence of DDT presence, a chemical that’s banned in Europe and is also neurotoxic to humans. So, while spinach has many nutritious benefits, the growing process may cancel those out, unless of course, you buy it organic. Also included on the Dirty Dozen list were pears, peppers, apples, cherries, tomatoes, and even grapes.

It isn’t all dismal news, though. EWG also released a list of the “Clean 15” — non-organic produce that’s least likely to be tainted by bug killing chemicals. These include avocados and sweet corn which had the lowest contamination numbers, and pineapples, cantaloupes, honeydew, kiwi, broccoli, and frozen sweet peas were pesticide-free in 80 percent of samples. (No word on why the frozen variety of sweet peas were singled out, though.) Basically, if it has a thick rind like melons do, it’s harder for those pesticides to penetrate the fruit.

If It’s In Food, Then It’s Also In Water

But in addition to the pesticides arriving at the grocery store via our produce, there’s another way that those bug killers get into our bodily systems: our water. Yes, all those chemicals used to grow veggies also run off into public water supplies and traces of them are still present when that water reaches our faucets. Municipal water treatment does significantly reduce the amount of contaminants in public water, but not all of it. And if you get your water from a well, it’s not treated at all — and you’re more likely to live closer to those sites where pesticides are being used.

Why should this matter to the average consumer? It impacts human fertility, for one.

EWG reported that women who eat produce with two or more pesticides daily have a 26% lower risk of having a successful pregnancy.

Meanwhile, men who ate fruits and vegetables from the list had lower sperm quality, as well. On top of it, a chemical called chlorpyrifos — found often on apples, peppers, peaches, and nectarines — has been known to cause brain damage as well. It’s all enough to make you never want to go to the grocery store again.

Avoiding the Extras in Food and Water

So how can shoppers avoid eating pesticides? There’s a range of options to keep the chemicals at bay, from buying only organic produce, to buying the Dirty Dozen from the organic aisle, while purchasing conventionally grown Clean 15 veggies. Another option would be to start an organic garden and use natural methods of pest control, including mulches, natural sprays, and planting an array of plants that attract natural predators for pests. (Many of the herbs contained in any herb garden — including basil, rosemary, sage, and mint — will bring in these beneficial insects.)

As far as protecting yourself from pesticides (not to mention fertilizers) in tap water, another option is in-home water filtration. Aquasana offers both a clean water machine for the countertop, as well as Aquasana’s Claryum® 3-Stage Max Flow for under the sink that filters out many of the pesticides that don’t get removed by traditional municipal treatment. Regardless of how consumers go about it, reducing the amount of conventionally grown fruits and veggies on the Dirty Dozen list and filtering household water will help consumers avoid ingesting harmful pesticides.