Which States Have the Best and Worst Tap Water?

Water is an essential part of our daily life. We've put together a list of the top 10 states in the U.S. with the best and worst public tap water.

Water is an essential part of our daily life. We drink it, cook with it, bathe in it, and we’re constantly being reminded about how much water we should drink to stay healthy and hydrated. And since the water crisis in Flint, Michigan gained national attention in 2015, the quality of our water has become a regular part of our news cycle, as well.

Though the affected areas tend to be low-income and rural locales, unsafe and poor-quality water is everywhere in the United States. If you’re curious if you live in a state with good or bad water, we’ve put together lists of the top 10 states in the U.S. with the best and worst public tap water. Don’t fret if you see your state on this list, we have plenty of filtration methods to clean your tap water.﻿

Combines Claryum® and reverse osmosis technology to remove 88 contaminants including fluoride and arsenic.

For many Americans, the quality of your area’s tap water is something you’re just forced to live with. Some states and cities take pride in having delicious, clean tap water, while some, like Flint, are in the news for having very poor water quality. So, what classifies a state as having good water or bad water?

What makes a state have bad water?

A state can have poor water quality due to a number of different reasons. A main reason for unclean water is due to the pipes that carry the water. A leak in a pipe that carries water creates a vacuum, in which untreated water is sucked into the pipe with the treated water, according to an article from National Public Radio about Inez, Kentucky’s water. This water then flows through people’s homes and faucets. Old pipes can also leak lead into the water, bringing the harmful chemical to your glass. 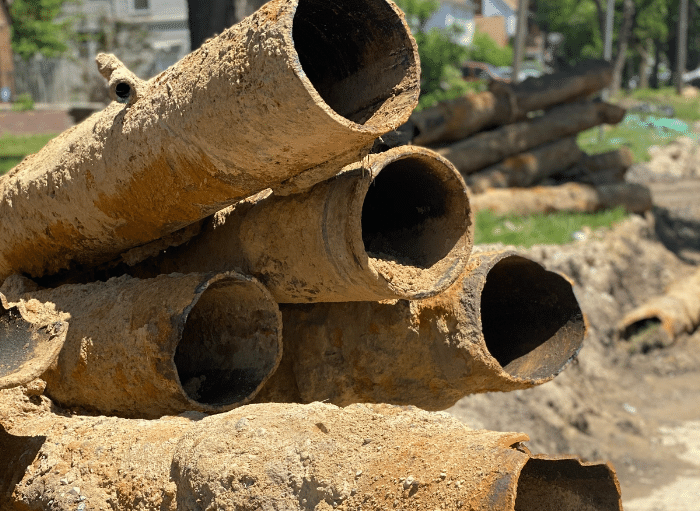 A main reason for unclean water is due to the pipes that carry the water. A leak in a pipe that carries water creates a vacuum, in which untreated water is sucked into the pipe with the treated water…”

﻿Additionally, states that receive large amounts of rainfall also experience problems due to runoff, as this runoff can pick up harmful substances from roofs, streets, and parking lots and carry them through the cleaning stations. Another common cause of poor-quality tap water is the runoff from process manufacturing plants or agriculture. Examples of this can include runoff from a coal mining plant or auto-industry leaking into the state’s rivers. These are often very water soluble substances, making them hard to remove from water in the purification process. To make tap water smell and taste better, chlorine may be added. But no one wants their tap water tasting like pool water.

Who is responsible for monitoring the tap water?

In 1974, Congress passed the Safe Drinking Law (SDWA) which provides power to each state to set a standard for tap water quality as long as it meets the United States Environmental Protection Agency’s guidelines. The EPA standards include contaminant limits, water-test scheduling, and methods that each state’s water systems must follow. Within each state, local water suppliers run testing related toSDWA once a year. After tests are run, all community water suppliers are required to provide the report (Often referred to as a Water Quality Report) to all residents.

Chromium 6- a known carcinogen, according to a study by the National Institute for Biotechnology Information “Any amount of Cr(VI) entering cells has the potential to initiate tumor formation. Therefore, Cr levels in drinking water must be set at levels that protect the entire population.”

PFAS(polyfluoroalkyl substances)- PFAS are man made chemicals that can last for years in your body. Because it takes them so long to leave your system they can accumulate in your system causing problems including hormonal disruptions and links to increased cancer rates.

States with the best tap water in the U.S.

While some states settle for water that meets the minimum requirement of being drinkable, the best tap water in the U.S. comes from these states that often go the extra mile with stricter drinking water testing and standards.

States with the worst tap water in the U.S.

These states may feature scenery and some of the nation’s most thriving cities, but residents and anyone considering becoming one should be aware that they also happen to have the worst tap water in the U.S.

If you live in a state that has bad tap water

If you live in one of the states that made the “Worst Tap Water in the U.S.” list, there’s no need to pack your bags. While there are alternatives to drinking tap water, we highly recommend investing in a water filtration system. If you think bottled water is a good alternative to dirty tap water, we’ve compiled a list of disadvantages against the wasteful and expensive product in our article, Bottled Water vs. Filtered Water.   Filtering your tap water at home can remove harmful contaminants, helping your health in the long run. If you’re interested in filtering your home’s water, but not sure where to start, we recommend starting with looking over a water quality report from your local municipality. Interpreting your city’s water report is simple, with the help of this article. Once you know what contaminants are found in your drinking water, you can better choose a water filter with our helpful guide. If you’re wanting to filter the water in your home from every faucet, you would need to consider a whole house water filter. Or, if you’re only concerned about the water you drink, under sink and countertop filters can be an easy and quick option to get clean, healthy water.

Even if your state appears to have some of the cleanest water in the U.S., there’s still a chance unseen, harmful contaminants can be in the water. To learn more about Aqusana’s water filters and how they can help improve the safety and taste of your tap water, contact our Customer Service Team.

The average family uses more than 300 gallons of water per day. Learn where most of this water usage comes from and what you can do to reduce your use.

What's in Your Water?

Some of the most common chemical contaminants in American water include chloroform, lead, and arsenic, contaminants that are dangerous in even tiny concentrations