These 6 contaminants are the biggest culprits affecting your water quality.

There are so many things to worry about on a daily basis: did you unplug the coffee pot? Did you pay all your bills? Did the kids make it to the bus stop on time? The last thing you should worry about is: are there contaminants in my water?

We’ve previously discussed a comprehensive list of contaminants that are major problems in your drinking water. But how much of that has changed since we last discussed? How much is still the same? And are there any new contaminants to consider when you purchase your next water filter system? Let’s take a look.

Fluoride has been in heavy use in municipal water supplies across the United States since the 1940s. It helps prevent tooth decay, but many parents wonder how much is too much? With more than 67.1% of the U.S. population (or 74 million Americans) receiving fluoridated water every day, it might seem like all this for tooth health is a little overkill.

With more than 67.1% of the U.S. population (or 74 million Americans) receiving fluoridated water every day, it might seem like all this for tooth health is a little overkill.

The only known method to actually remove fluoride from your drinking water is reverse osmosis. The Aquasana OptimH2O Reverse Osmosis + Claryum Under Sink Filter removes more than 99% of fluoride from your water, plus it includes a remineralizer, which adds back in all the healthy minerals your body craves — like calcium, magnesium and potassium.

Research around PFOA/PFOS contamination is actually still fairly new in comparison to the other contaminants that made our list, even though these contaminants have already been in use for a long time.

As we’ve previously discussed, PFAS can be categorized into two groups: Perfluoroctanesulfonic Sulfonate (PFOS), and Perfluorooctanoic Acid (PFOA). They’ve been in use in the United States since the 1940s.

Both of these contaminants are industrial hydrophobic materials commonly used in non-stick cookware, stain-resistant fabrics, floor wax, fire extinguishing foam and more. They’re also bio-accumulative, meaning that they have an extremely long half-life — they will never really leave your system but will literally accumulate in your body over time.

So, why is all of this important? Both the Environmental Protection Agency (EPA) and the Center for Disease Control (CDC) list cancer as one of the main health risks associated with PFAS — take special precaution around this one.

Lead is an extremely pervasive, difficult problem to solve once it’s in your water. Most of the time, lead ends up in your water because 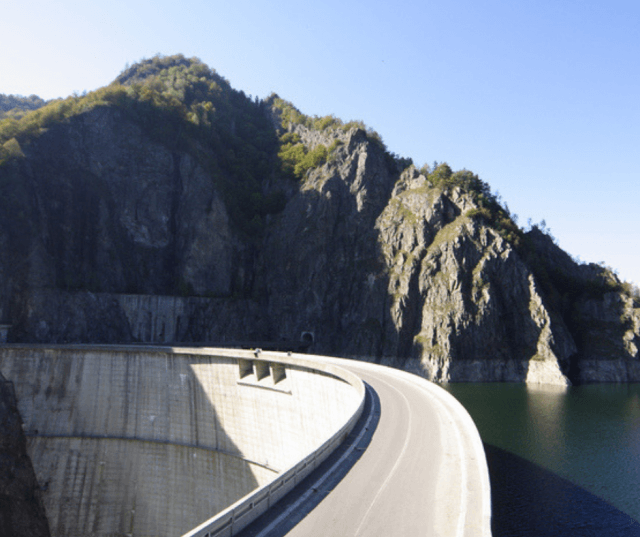 of old lead-based pipes that were installed before the 1980s. Lead-based piping has since been outlawed, but even still, it’s estimated that more than 63 million Americans have been exposed to lead in the last decade alone. Not only that, but children and the elderly are the most prone to suffering the ill effects of lead exposure.

According to the Natural Resources Defense Council (NRDC), this is because children drink 2.5 times more water than adults in proportion to their body weight, making them more susceptible to lead poisoning than adults. In fact, the EPA reports that 40 to 60 percent of lead exposure in babies comes from tap water as it’s often used in infant formula.

The farming and agriculture industries take up almost half of the Earth’s farmable land, according to the National Geographic. “The maps suggest that an area roughly the size of South America is used for crop production, while even more land—7.9 to 8.9 billion acres (3.2 to 3.6 billion hectares)—is being used to raise livestock.”

Given what we know about the agriculture and farming industry, in order to sustainably produce enough crops and goods for the demand that exists, farmers must make use of pesticides to ensure the crops grow to harvest.

Here’s the thing they don’t tell you. Every time a farmer goes to water their crops, or rain falls, pesticides and herbicides soak into the groundwater. Pesticides can also travel through sewers that run from drains within the home, carrying all wastewater to treatment plants where they remain untreated throughout the detoxifying process.

Pharmaceuticals often make their way into our water supply via groundwater. Pharmaceuticals are synthetic chemicals that are found in prescription, therapeutic and veterinary medications.

The EPA has a category for them called Pharmaceuticals and Personal Care Products as Pollutants (PPCPs), which in general include any product used by individuals for personal health or cosmetic reasons or used by agribusiness to enhance growth or health of livestock. Thousands of diverse chemical substances are classified as PPCPs.

And aside from improper disposal or flushing medications down the toilet, those PPCPs can get into your water supply through additional means of disposal such as:

In fact, this is such a widespread problem that at least 46 million Americans are being supplied water that has tested positive for pharmaceuticals. As of this moment, the EPA has no rules or regulations in place around measuring or decontaminating the number of pharmaceuticals in drinking water.

If your city is hit with a boil-water advisory, bacteria and chlorine-resistant cysts like cryptosporidium and giardia are the very words you do not want to hear your newscaster say.

Typically found in the intestines of agricultural animals, it can come from contact with an infected animal, human waste, or contaminated raw fruits and veggies, and can get into your meat during processing if the meat is not cooked at exactly 160°F (71°C).

Additionally, when your municipality doesn’t have the bandwidth to properly treat your water during a boil-water advisory, there are two options to kick bacteria and chlorine-resistant cysts to the curb:

The Aquasana Rhino Whole House Filter comes with an optional UV filtration system that kills 99.99% of viruses, bacteria like E. coli, and chlorine-resistant cysts like cryptosporidium and giardia.

When it comes to dealing with contaminants that even the EPA can’t catch, it’s best to play it safe — don’t let your pets, your family, your home go unprotected.

Aquasana: Designed for the Environment

At Aquasana, we believe everyone should have access to the very best quality water. That's why we go above and beyond when it comes to filtration.

Fluoride has been added to public water since the 1940's - should you be worried?