What Is Drought? Discover All Types of Drought

Drought can have serious environmental and socioeconomic impacts.

Thanks to global warming, instances of drought around the globe are increasing. While occasional droughts have always been part of the earth’s natural cycle, higher temperatures, greater water evaporation, and less plant coverage all contribute to exacerbating droughts. As a result, the U.S. and many other countries are facing an epidemic of dry earth that threatens not only human health, but economic well being. As recently as 2012, 81 percent of the United States was experiencing abnormally dry conditions, which made expensive economic dents — $30 billion worth.

In the simplest definition, a drought is a period of time that’s drier than normal in a given area as compared with the general amount of annual precipitation in that place. Determining which particular kind of drought is occurring is a little more complicated.

The first three depend on how much precipitation has or hasn’t fallen in a specific area over a given period of time. The final drought type is more focused on the monetary aftermath in a community, i.e. how much a drought affects supply and demand of a particular product . In many ways, droughts are like flu strains. They’re all slightly different, some are worse than others, and it’s possible to get more than one at a time. The primary thing you can be sure of is that all of them hurt.

According to the U.S. Geological Survey, there are actually four different kinds of drought, all categorized by the people affected by or analyzing them: agricultural, meteorological, hydrological, and lastly, socioeconomic.

﻿The first three depend on how much precipitation has or hasn’t fallen in a specific area over a given period of time. The final drought type is more focused on the monetary aftermath in a community, i.e. how much a drought affects supply and demand of a particular product . In many ways, droughts are like flu strains. They’re all slightly different, some are worse than others, and it’s possible to get more than one at a time. The primary thing you can be sure of is that all of them hurt.

So many types of drought, so little water

The first drought type is an agricultural drought. It mostly concerns farmers and others in agricultural occupations more so than the general public. Whether there is a widespread drought or not, an agricultural drought occurs when there’s a shortage of water at the time in a crop’s growth cycle that it needs water most. For instance, if it’s been particularly dry when a crop is planted, that might affect the rate at which those plants reach maturity, and that can negatively affect the crop yield. On the other hand, if there’s plenty of moisture at initial planting but not enough later in the growth cycle, that crop still has a fighting chance . Hence, there can be a water shortage later in a crop’s lifecycle without that shortage qualifying as a drought.

The number of agricultural droughts is also going up thanks to good ol’ climate change. As the earth warms, snow is melting earlier in the year and in some cases, precipitation that would have been snow never even makes it that far and falls instead as rain. Both those scenarios lead to faster water run-off. Faster runoff means moisture that would have been available later in the cycle becomes unavailable when plants actually need it.

The second drought type is called meteorological. This is your “drought classic” — it’s the kind most of us think of when we hear that word — a long dry period with no rain or snow. Because it depends on the comparison of the actual rainfall in a given year against the average, meteorological droughts are considered highly “region specific,” as the National Drought Mitigation Center (NDMC) puts it. Basically, that means the definition of a drought in a rainforest is far different from the definition of one in a more arid climate like a desert. So, it’s sort of like a flu strain that only has a few of the worst symptoms.

Third, we come to hydrological drought. This little bugger occurs when the amount of snow and rainfall in a given area drops for an extended period of time, leading to lower amounts of available water in both surface water (rivers, streams, reservoirs) and subsurface water (aquifers, wells, that pesky water table we all hear so much about). Here, hydrologists are concerned with the way the shortage of precipitation plays out further down the ecological chain. According to the NDMC , “It takes longer for precipitation deficiencies to show up in components of the hydrological system such as soil moisture, streamflow, and groundwater and reservoir levels.” They further point out that when water is stored within a given basin, there are multiple competing demands for it. 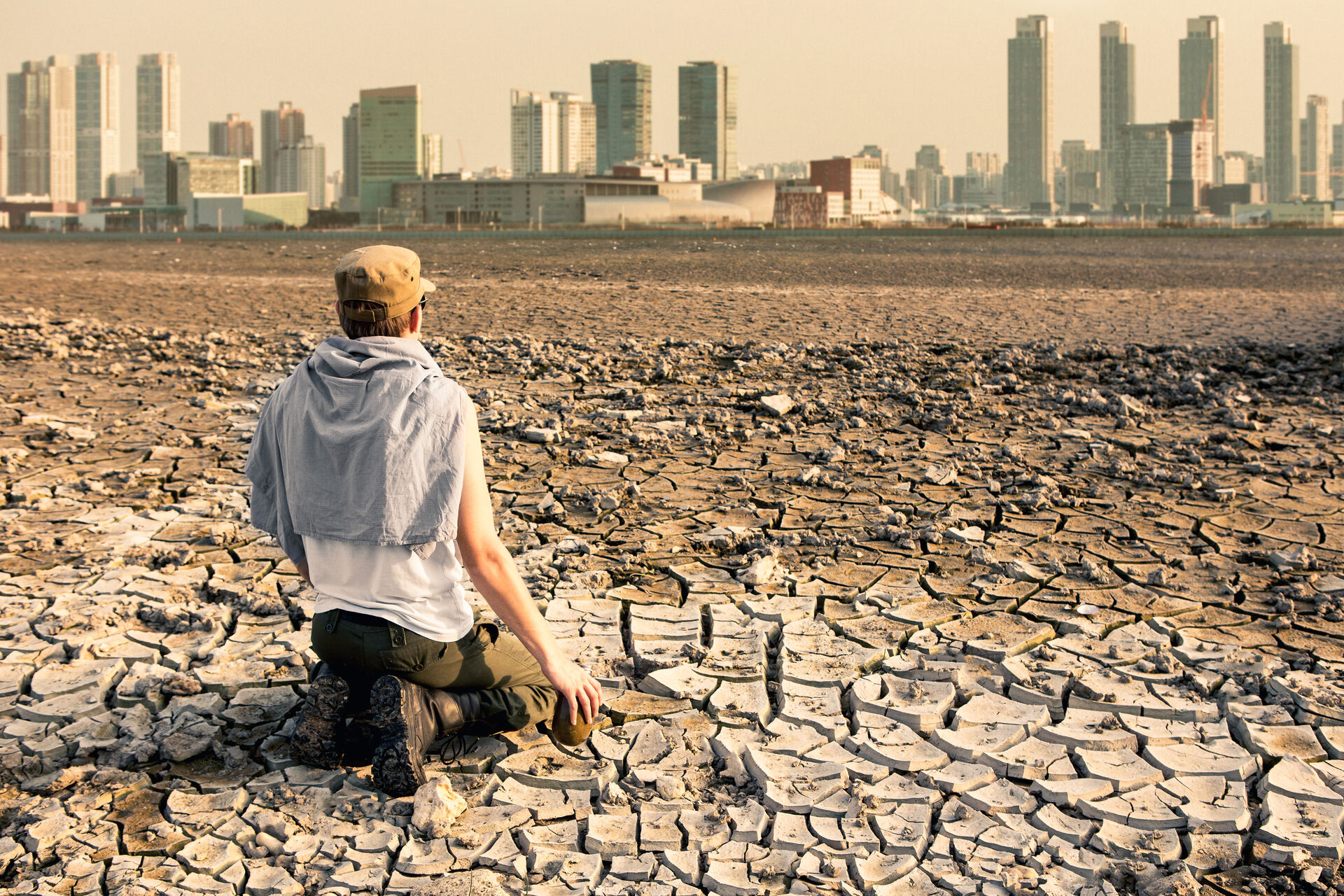 So, greater stress is put on the system overall when there’s a shortage of that water. But the thing about putting stress on the system overall is that it just increases the chances of drought even more. The Center for Climate and Energy Solutions explains this is a positive feedback loop “where dry soils and diminished plant cover can further suppress rainfall in an already dry area.”

There are ways to limit water consumption and thus take the strain off the wider system — similar to getting rest while you have the flu, rest your water usage during a drought (and, honestly, even before).

Much like the flu, no matter what strain, drought always portends painful times. But unlike the flu, individuals don’t have to just curl up on their couches and wait for a drought to pass.

Reduce your indoor water use and purchase water efficient household appliances, like a low flow toilet. Consider xeriscaping your yard to make it prime for drought conditions instead of planting grass or other thirsty vegetation. Maybe even look into getting a rainwater recycling system. They not only lower your monthly water bill, but they’ll also allow you and your family to be more efficient in your water use.

Droughts Are Increasing - What Are The Impacts?

Droughts are increasing across the world thanks to climate change.