Filtering your water will remove the vast majority of contaminants.

In 2018, when the city of Austin flooded, a boil-water alert went into effect for a period of roughly two weeks. Water flooded the municipal water system, bringing sediment and silt along with it. The city couldn’t filter the water faster than it was coming in. When that happened, the city issued a district-wide alert to all citizens: boil your water to remove bacteria, like giardia and cryptosporidium or risk exposure to contaminants.

Bottled water flew off the shelves in record numbers, and many looked to filters or even boiling tap water as an alternative.

When looking at these ways to treat tap water, it’s important to consider each option’s advantages and disadvantages. Both can help remove impurities and kill bacteria, but their effectiveness varies drastically. To help prepare you during the next water crisis, we’ve compiled some crucial information on how boiled water compares to filtering it.

People have been boiling water for thousands of years as a way to filter contaminants and remove impurities, but does boiling tap water purify it and how effective is this method?

Boiling water is a simple but effective way to purify water at home or in the wilderness, as the high heat can kill harmful bacteria. Specifically, water boils at 212 degrees Fahrenheit, whereas most microorganisms cannot survive in water above 160 degrees Fahrenheit for more than 30 minutes. Another benefit of boiling water, is that doing so retains minerals found in tap water. Drinking warm water may also have several health benefits such as aiding digestion and improving blood circulation.

Although boiling water may appear to be cost-effective considering you don’t need to buy anything new, it can actually be quite expensive considering the impact this method will have on your energy bill. Another reason why many people don’t boil their water is that the process is very time-consuming. To purify water through boiling — you’ll need to wait several minutes for the water to boil, then allow it to cool unless you’re willing to drink it hot. Furthermore, boiling water does not kill all bacteria or remove chemicals present in tap water, the only way to safely do so is by using a water filter.

Does boiling water remove contaminants such as chlorine and lead?

Boiling water can only remove solids and bacteria, meaning it will not remove harmful substances such as chlorine and lead from tap water. Furthermore, boiling tap water with lead actually concentrates this contaminant making it more dangerous than if left alone. 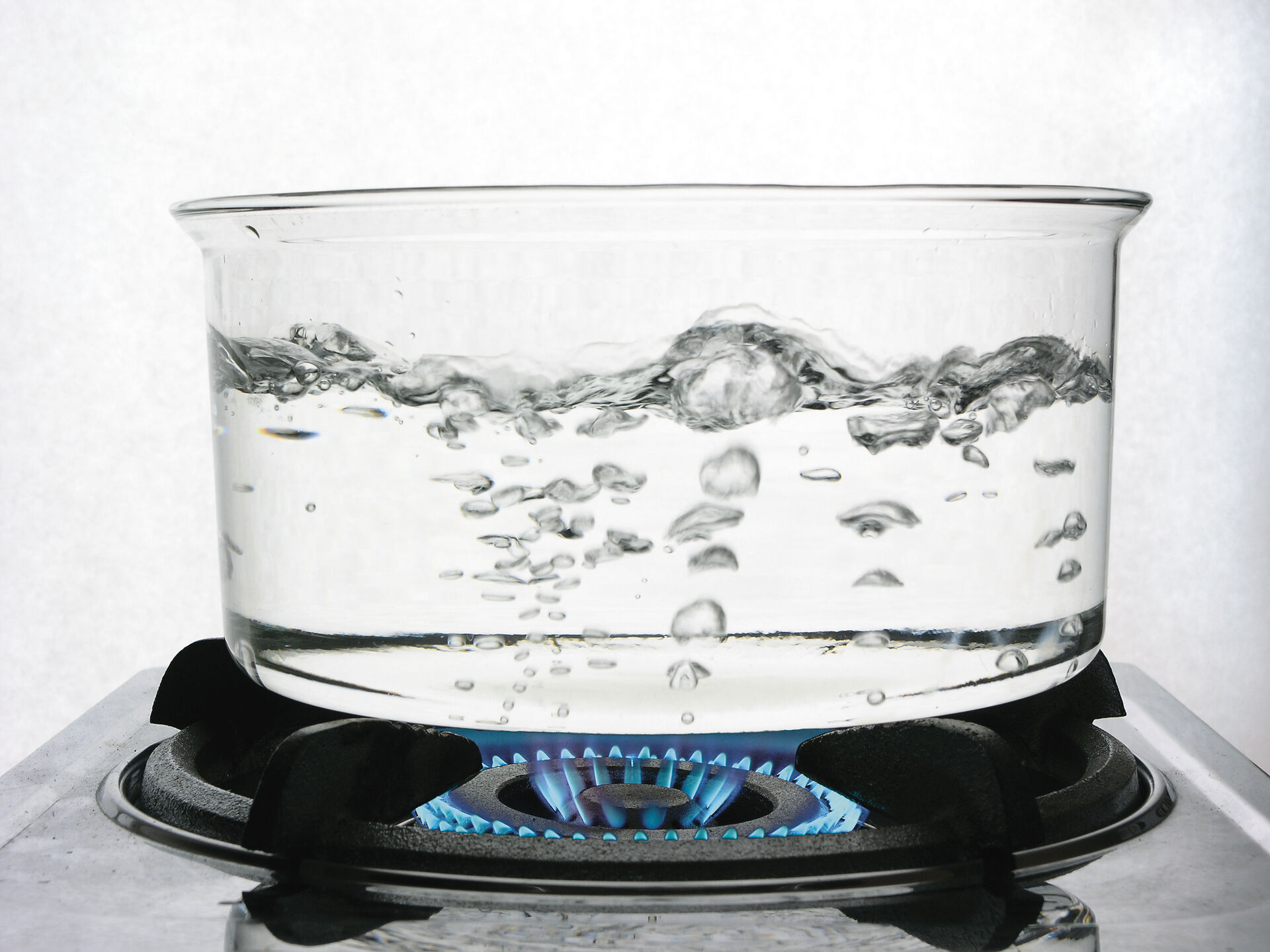 How to boil water

If this is your only option, here’s how you boil tap water to help purify it according to the CDC:

If your tap water is cloudy:

If your tap water is clear:

What is filtered water?

Filtered water is tap water that is treated by going through a water filtration system. There are many types of systems and ways to filter water, but they all essentially work to remove contaminants from water in your home.

Compared to boiling, filtering water is a much faster process that enables people to enjoy clean, healthy drinking water with the touch of a button or lift of a faucet handle. Furthermore, filtered water is usually held to higher standards than water purified through boiling. In fact, outside groups such as the National Sanitation Foundation (NSF) rate water filters based on their ability to remove contaminants. Filtering water is healthier to drink, better on your skin when showering, and helps keep clothes fresher if used for laundry. A wide range of

water filtration options such as whole house, under sink, and shower filters also means you can choose where and how you want to filter in your home. 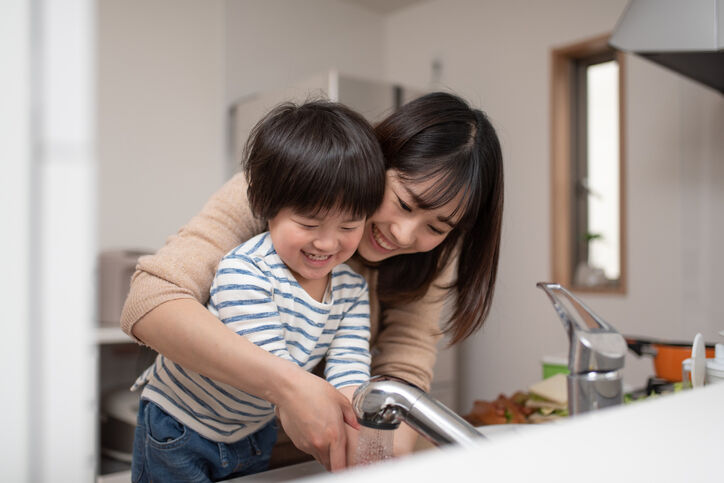 Filtering water is healthier to drink, better on your skin when showering, and keeps clothes fresher if used for laundry.”

There really aren’t any health disadvantages of filtering tap water, although the system itself and price of future replacements should be considered. You’ll also want to think about installation complexity, as some water filters such as our Clean Water Machine can simply be plugged in while others such as our OptimH2O® Reverse Osmosis +Claryum may require tools or assistance from a professional.

There’s a lot of confusion about how you should make sure the water you drink is safe and healthy, but the overwhelming conclusion is that filtered water is a better solution than boiling it.

When looking at boiled vs filtered water, we found that boiling water isn’t enough to completely purify water because it leaves harmful contaminants such as lead and chlorine. Additionally, using a water filter offers much more convenience by enabling you to enjoy healthy, great-tasting water at the touch of a button or lift of a handle compared to waiting for water to boil and cool.

Have more questions about which Aquasana water filter is right for you? Contact us and we’ll help find a solution catered to the unique needs of your home!

Filtration On The Go

I detest buying bottles of water, but refuse to drink unfiltered water. Yesterday I got the chance to put my new Aquasana Filtered Water Bottle to the travel-test.

The Benefits of Glass Water Bottles

Protecting your health and caring about the environment are just two of the reasons why you might want to consider switching from plastic water bottles to glass bottles.