How to Celebrate Earth Day 2022

Celebrate Earth Day with us by viewing our list of amazing Earth Day events, why protecting the environment is important, and ways to get involved.

At Aquasana, we believe clean water and a healthy environment are the most important components to healthy living and overall well-being. Our sole focus is providing best-in-class water filtration products so every home can enjoy great-tasting, healthy water. Our goals go hand in hand with the goals of Earth Day so that’s why we’ve rounded up the ultimate list of ways to celebrate Earth Day 2022.

Earth Day 2022 will be celebrated globally on Friday, April 22.

The theme of Earth Day this year is Invest In Our Planet, which focuses on the effects of climate change on the planet and what efforts are occurring to mitigate it. According to the celebration’s official website:

“For Earth Day 2022, we need to act (boldly), innovate (broadly), and implement (equitably). It’s going to take all of us. All in. Businesses, governments, and citizens — everyone accounted for, and everyone accountable. A partnership for the planet.”

Today, Earth Day is observed in 193 countries and organized by the nonprofit, Earth Day Network. EDN organizes activities, gatherings, and collaborations across the world. According to EDN, “more than 1 billion people are involved in Earth Day activities, making it the largest secular civic event in the world.”

How to celebrate Earth Day

Want to celebrate Earth Day but not sure where to start? Here are a few ideas you can do from your home. For more information, check out Earth Day 2022 events further down.

Clean up your neighborhood

Go meatless for the day

Livestock produces a significant amount of methane. Cutting back on the amount of meat you eat per week will help decrease greenhouse gasses. In celebration of Earth Day 2022, try going meatless for the day or take it a step further and make Meatless Mondays a regular occurrence.

Unplug your devices for the day

A large majority of the energy that powers our homes comes directly from fossil fuels. If we unplug our electronic devices, we will reduce our home’s energy demand and carbon emission. This Earth Day, spend time outdoors enjoying nature over using screens.

Plant a tree in your backyard

Trees can help reduce climate change as they remove carbon dioxide from the air, store carbon within themselves and soil, then release oxygen back into the atmosphere. Check your local area for nurseries and plant stores that are open.

For those that are unable to leave the house because of COVID or simply don’t have time, donating to an environmental cause can be the perfect way to lend your support to Earth Day. You can donate directly to the official Earth Day organization or find a related cause that you are most passionate about.

If you don’t have time to volunteer or have extra money to donate, you can still help to celebrate Earth Day by making an Earth Day resolution. Whether you pledge to cut down on water consumption, use less plastic, reduce energy consumption, or something else, every little bit can help when it comes to protecting our environment, wildlife, and natural resources.

If you're looking for ways to safely interact with others on Earth Day 2022, we've also compiled a list of amazing events happening across the U.S. Find an event that aligns with your environmental goals and reach out to see how you can help! For more information, check out the official Earth Day website where you can find an event near your location.

Plant trees with The Canopy Project

The Canopy Project is a global initiative that plants trees to benefit communities and combat climate change. You can participate by donating money to the organization, or contact the organization for information about how to plant trees with them.

Showcase your sustainable clothing in a video to My Plant, My Closet

My Planet, My Closet is a project that aims to create a dialogue around sustainable fashion and shopping. To celebrate Earth Day 2022, people are invited to send a video about your sustainable clothing that will be showcased on earthday.org's social media profiles.

The Great Global Cleanup is a worldwide program that aims to remove trash from neighborhoods, beaches, rivers, lakes, trails, and parks. You can register for a clean up near you to join the effort for Earth Day 2022.

Participate in The Global Earth Challenge

The Global Earth Challenge is a coordinated citizen science campaign that started in 2020 and empowers people to help the scientific community by collecting data using a mobile app. People can download the app and take part in the challenge through four options:

The Earth is our home and we need to take care of it, and Earth Day is the perfect time to learn more about the environment and how to get involved in eco-friendly initiatives.

Remember that change can start out small, whether it’s reducing the use of disposable plastic water bottles by buying a water filter, using less water when you shower, getting out there and cleaning up your neighborhood, or joining an eco-friendly organization.

Join Aquasana by pledging to take care of our planet by keeping our water clean and reducing waste. Have a great Earth Day! 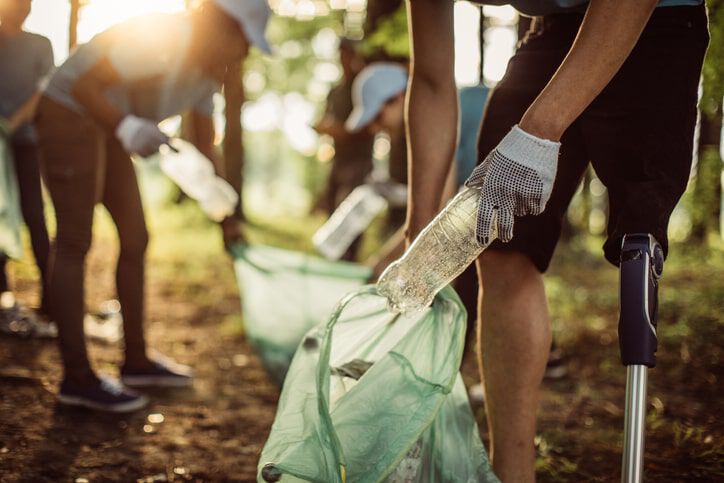 What access to clean, healthy water means for you and your home.

No matter where you live, water contamination is a major problem.